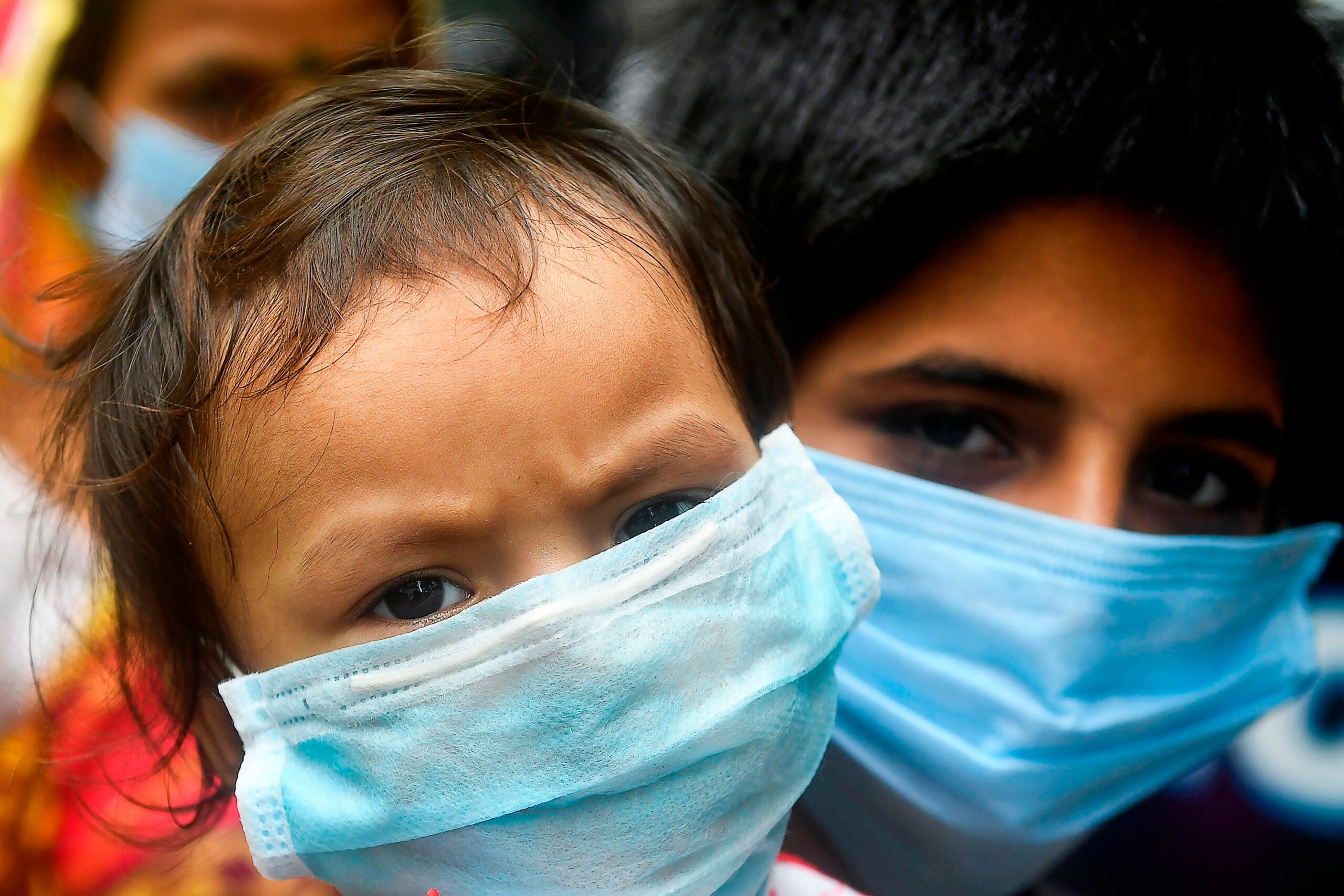 (CNN) — Katharine Dunn got really worried about her son Nolan even as his doctors told her she shouldn’t — the 13-year-old’s fever was “just a virus.”

He didn’t have a sore throat or cough. His COVID-19 tests came back negative, twice.

“That’s when I knew something was really wrong,” she said. “Some people’s children spike those types of fevers, my kids never do.”

Talking it over with her dad, he reminded her a friend’s child had a “weird syndrome” called MIS-C that stands for multisystem inflammatory syndrome in children.

Doctors don’t know what causes it. Often kids have COVID-19 first, but not always. The novel coronavirus doesn’t usually cause severe disease in children, but for those few kids that do go on to develop MIS-C, the condition seems to inflame different parts of the body, and it can be serious.

What doctors do know is that various children’s hospitals around the country have reported seeing a higher number of cases these past few months, even though MIS-C is considered rare.

In an update released Friday, the US Centers for Disease Control and Prevention said there have been 2,617 MIS-C cases in the United States before March 1, and 33 children have died. That’s up from early February, when 2,060 cases and 30 deaths had been reported.

‘It scared the bejesus out of me’

In February, when her son was ill, Dunn looked MIS-C up online. Many of her son’s symptoms matched.

Nolan’s stomach hurt to the touch. His lips were chapped. His tongue was swollen, and by the time they were back at the pediatrician’s office, his eyes were turning bright red.

The pediatrician took one look at him, told her to leave her office and drive straight to Ann & Robert H. Lurie Children’s Hospital in Chicago.

“It scared the bejesus out of me,” she said.

When they got to the hospital, she asked Nolan to read the sign that told them where valet parking was. He said he couldn’t. Everything was blurry.

“I had every single symptom you could think of,” Nolan said. “I had an IV hooked up to me and felt fatigued and sore. My entire body just felt upset everywhere. I don’t really know how to explain it or pinpoint to a singular feeling.”

Doctors were able to pinpoint the problem and determined it was MIS-C. They treated him with a 10-hour immunoglobulin drip and started him on a steroid.

“By the next morning he was markedly better,” Dunn said.

More than half the reported MIS-C cases, 59%, were in males and most are in children and adolescents ages 1 to 14, the CDC said. Nolan is 13.

MIS-C has also disproportionately affected children of color. In its latest update, CDC said 66% of reported cases are in children who are Latino, 842 cases, or non-Hispanic Black, 746 cases.

In the past few months, many children’s hospitals, not just Chicago’s, saw more cases than they had earlier in the pandemic.

“January, we just saw a huge number. We saw one a day,” said Dr. Roberta DeBiasi, chief of the Division of Pediatric Diseases at Children’s National Research Institute in Washington, DC. “And then in February, we were on track for that or even more, there’s some days we’re having two and three cases.”

The surge, DeBiasi thinks, isn’t due to the rise in variants, or any other phenomenon.

The multidisciplinary MIS-C committee at her hospital noticed the trend, and as soon as they saw the spike in COVID-19 cases around the holidays, they prepared for the kids they knew would soon come four to six weeks later.

“You could set your calendar to it,” DeBiasi said.

Perhaps because it is so rare, some pediatricians — and the parents who come to them for help — don’t know exactly what they’re seeing. That was especially true at the start of the pandemic.

Tammie Hairston’s son, Kyree McBride, came down with a stomachache last May.

“At the time, I hadn’t heard about the MIS-C,” Hairston said.

At first, she and a few different doctors, including those in the ER, thought it was a routine stomach virus.

Even with Tylenol and Motrin, she said, Kyree’s fever wouldn’t go away.

“Instantly, I went into panic mode because my son never gets sick,” Hairston said.

When Hairston had to go back to the store for a second bottle of Tylenol and Motrin, she got even more worried. In addition to the fever, he had become lethargic, but couldn’t sleep. His heart was racing. His eyes started turning red.

When a friend called to tell her a story she’d seen on the news about MIS-C, Hairston told her son to hurry up and put clothes on. They were going to the hospital.

“It was terrifying,” Hairston said. “But you just have to be a mom and you have to be strong for him.”

She said their family and friends prayed he’d get better.

Fortunately, the 12-hour infusion of immunoglobulin worked, and other than a few follow up appointments with the cardiologist, he’s back to riding bikes and playing basketball in the park. The experience, though, rattled Hairston, who wondered why her son got this rare disease.

“I have family members who have had COVID, along with the grandbabies, and the little ones, and I’m just wondering why none of them got MIS-C, but my son did,” Hairston asks. “Not that I’m wishing this on any kid.”

Scientists also want to know. The National Institutes of Health announced Tuesday that it will launch a new effort to support MIS-C research.

Hairston enrolled Kyree in another study, hoping other parents won’t have to wonder why their kid got MIS-C. Maybe what they can learn from Kyree will mean they won’t get it in the first place.

Twelve-year-old Caden Hendricks and his older son had COVID-19 in November. About four weeks to the day after, Caden complained about a stiff neck, stomachache and a high temperature.
Maylan Hendricks took his son to Cincinnati Children’s Hospital, where he spent 12 days.

“One of the things that makes this disease really scary is you really don’t know exactly what’s going on and causing the problem,” Hendricks said.

Caden has recovered. Still, doctors aren’t sure what recovery means and what, if any, long-term problems MIS-C may bring.

A study released Friday in JAMA Neurology said that neurologic symptoms are common among children hospitalized for COVID-19 or MIS-C; although symptoms resolved for most patients, some developed into life-threatening conditions. And a study published in March encourages doctors to follow-up with these patients to make sure there aren’t any cognitive, developmental or physical issues.

The Cincinnati Children’s Hospital is enrolling patients in a large NIH trial that is trying to understand the long-term effects of severe COVID-19 in children.

“Most of our children are recovering pretty well, but we don’t know whether this is going to have long-term effects, particularly on the heart. That’s what we’re most concerned about and most want to understand,” Dr. Grant Schulert, a pediatric rheumatologist at Cincinnati Children’s Hospital said.

The hospital asked Caden to come back in six months for a cardiology appointment. He also needs a follow up with an ophthalmologist to make sure there’s no long-term damage to his eyes.

Most children seem to do well after having MIS-C. Although it made Caden miss his basketball season, his team gave him the game ball and wore “Caden strong” shirts in his honor. He will be allowed to play basketball in the spring, Hendricks said.

“He’s bouncing back and that’s all we can hope for,” he said.

Dr. Sam Dominguez said his hospital, Children’s Hospital Colorado, also saw “a dramatic increase” in cases in December through February. It’s part of a multicenter study that will follow up with patients for up to a year to make sure there are no long-term complications from MIS-C.

“The kids we are seeing are pretty sick and about half to two thirds need our ICU,” Dominguez said. “Thankfully, most of our kids do very well with aggressive therapy.”

While MIS-C, is still relatively rare, Dr. Larry Kociolek, the associate medical director of infection prevention and control at Lurie Children’s Hospital in Chicago, hopes parents will be on the lookout for MIS-C.

Better still, he said, he hopes parents will help their kids avoid exposure to COVID-19: Make sure kids wear a mask that fits, wash hands frequently, and keep the proper physical distance.

“I think all children are at risk,” Kociolek, said. “Like with every aspect of this pandemic, people just can’t get comfortable.” 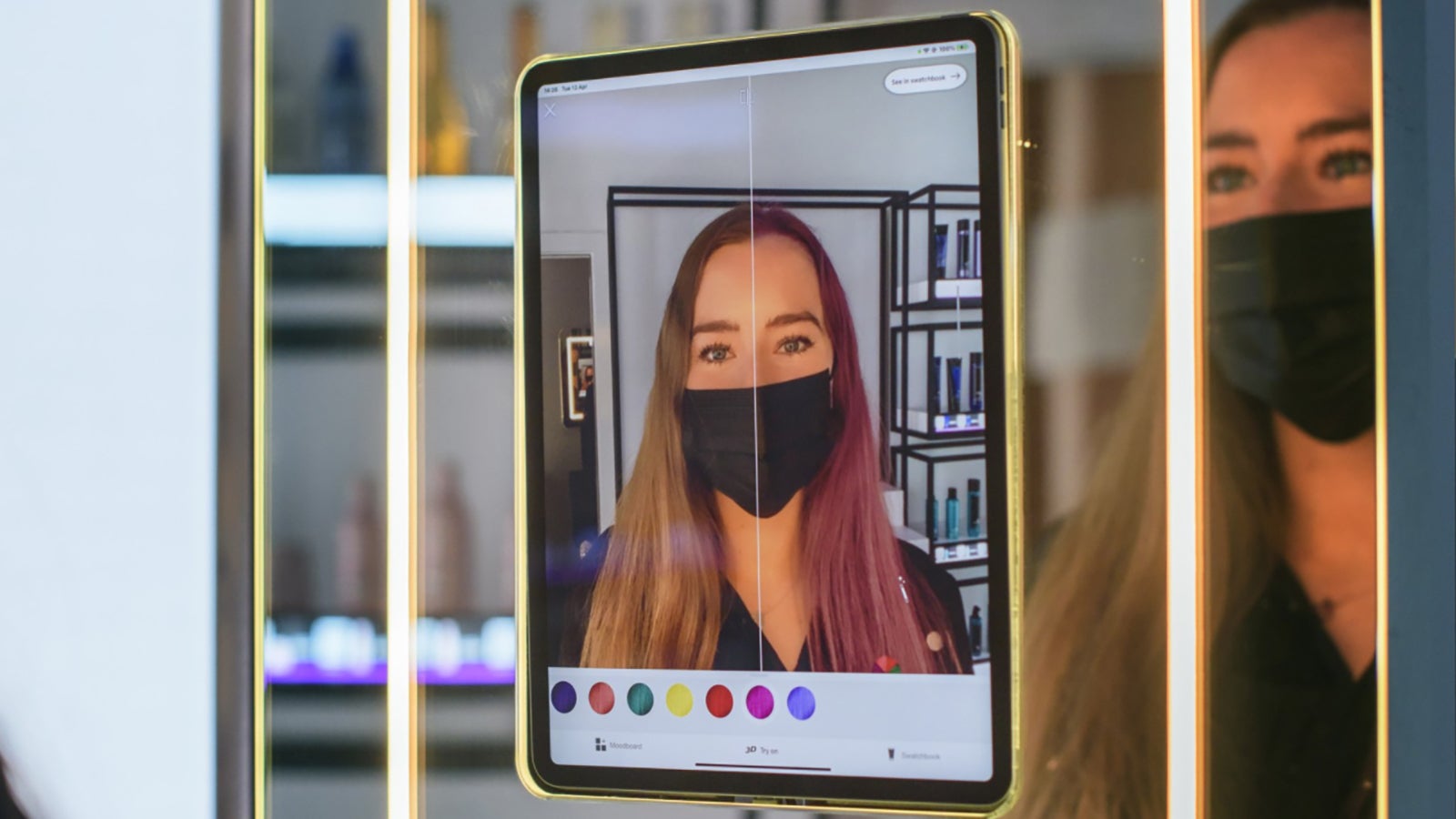