Students return to campus amid virus growth in some states 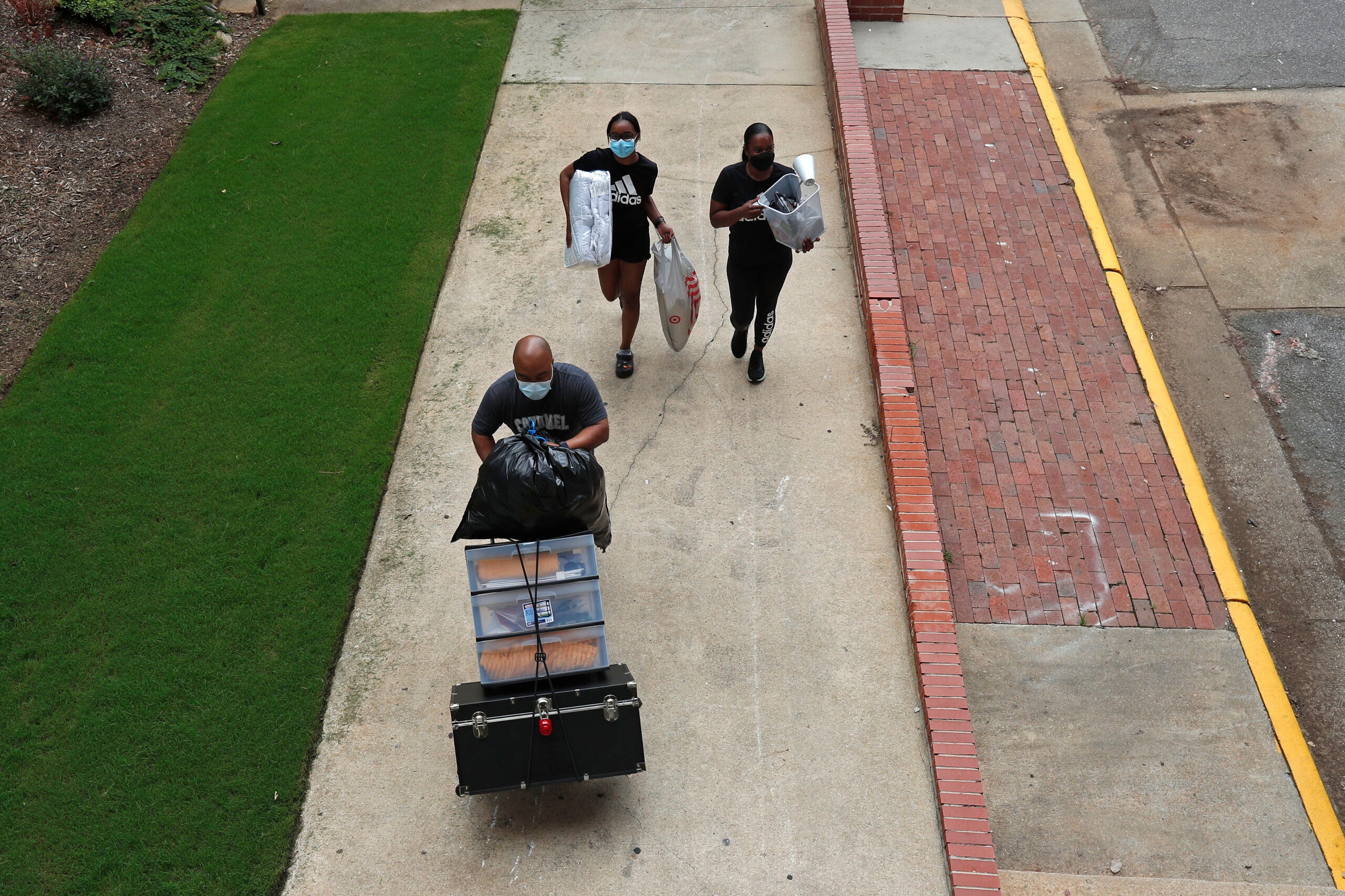 RALEIGH, N.C. (AP) — The first wave of college students returning to their dorms aren’t finding the typical mobs of students and parents. What they found Friday were strict safety protocols and some heightened anxiety amid a global pandemic where virus infections are growing in dozens of states.

North Carolina State University staggered the return of its students over 10 days and welcomed the first 900 students to campus, where they were greeted Friday by socially distant volunteers donning masks and face shields.

The rite of passage was a well-organized, but low-key affair, as boxes were unloaded, luggage was wheeled and beds were hauled.

“It’s just odd not seeing anybody. You expect it to be hustle and bustle and all that around, but there was nothing. It was pretty empty,” said Dominick DePaola, an incoming freshman from Charlotte, North Carolina.

Across the country, students are jumping through additional hoops by getting tests, navigating travel quarantines, and abiding by strict rules.

Elon University in North Carolina, mailed testing kits to all 7,000 students ahead of their arrival in a few weeks. Maine’s Colby College will be testing students before they arrive and then three times a week for the first two weeks on campus. They’ll be tested twice a week after that, until the semester ends.

The University of Rhode Island is scaling back campus housing to abide by distancing requirements, causing a scramble for some students.

At N.C. State, the university usually houses 10,000 students but will have 6,700 on its Raleigh campus this fall, said Chancellor Randy Woodson. And those students were arriving over an extended period instead of all at once over a single weekend as they normally would.

In West Virginia, one university put out the welcome mat Friday for students and their families, only to temporarily pull it away.

Over an eight-day stretch, students at West Virginia State University, a small historically black college, were given staggered, two-hour time slots to unload belongings into their residence halls, then were sent home until the start of the fall semester on Aug. 10.

“I don’t have anything to worry about,” said Jihad Shockley, a sophomore resident assistant from Columbus, Ohio, and a member of the Yellow Jackets’ men’s basketball team. “It’s like, if you get it, quarantine for two weeks (and) hope for the best. I guess I’m not really too scared about it.”

Nationwide, it appears that the second surge of confirmed virus cases appears to be leveling off. But scientists warn that trend is driven by four big, hard-hit places — Arizona, California, Florida and Texas — and that cases are rising in more than two dozen other states.

Students appeared to be ready to accept the risk, and move on.

Freshman Nicholas Cecil, of Hilliard, Ohio, missed his senior season of baseball and his high school prom, called off due to the virus. He’s ready to put that behind him at West Virginia State University, where he’s on the baseball team.

“Honestly, it’s a new chapter in my life,” Cecil said. “It’s meeting new people, getting out, and playing baseball at a high level. It’s kind of the first step to being an adult. You’re living more so on your own.”

In North Carolina, students were happy to be on campus, even if it was a bit subdued, compared to the normal, frenetic move-in process.

“Because of corona, I didn’t really have too many expectations,” said Ann Grace Jacocks, an incoming freshman from Fayetteville, North Carolina.

“A lot of classes are going to be online, so that’s not fun, but other than that, I’m ready to go,” said Arch Flanagan, an incoming freshman.