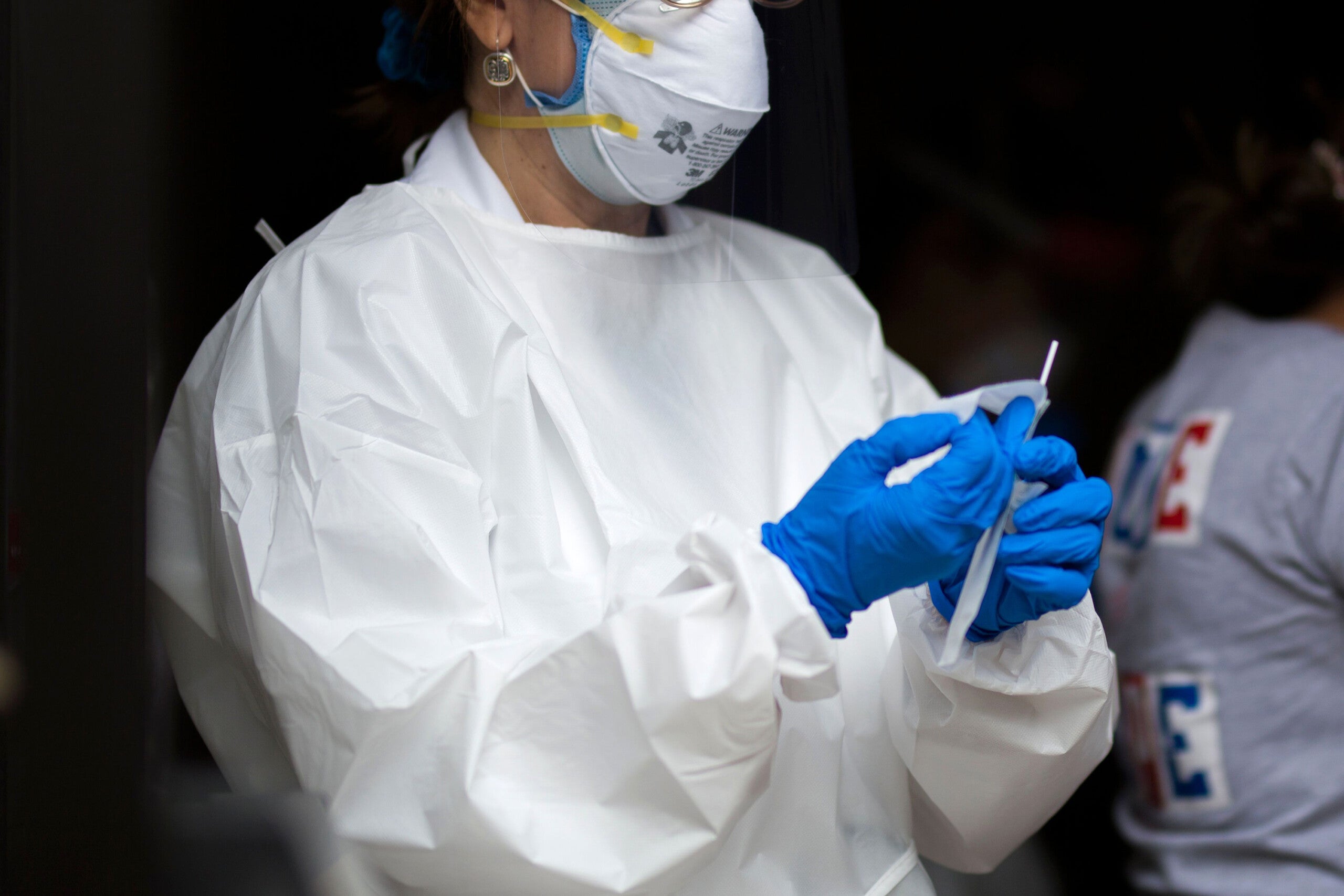 (CNN) — The US could see nearly four times the current rate of Covid-19 cases in the next four to six weeks as the Delta variant spreads and the population hits a wall on vaccinations, a former director of the Centers for Disease Control and Prevention told CNN.

That warning comes as the CDC is changing its masking guidance by recommending that vaccinated people in certain parts of the country resume wearing masks, and that everyone in K-12 schools wear masks indoors regardless of vaccination status, CDC Director Rochelle Walensky said Tuesday on a telebriefing.

“We’re heading into a rough time. It’s likely, if our trajectory is similar to that in the United Kingdom, that we could see as many as 200,000 cases a day,” Dr. Tom Frieden said Monday, adding the US likely won’t see the “horrific death tolls” of earlier in the pandemic thanks to the number of vulnerable people who are vaccinated. Frieden was CDC director during the Obama administration.

But, he said, “You will see a steady increase in deaths, and these are preventable deaths.”

Cases have jumped as the Delta variant has spread. Every state saw more Covid-19 cases reported in the past week than the week previous, according to Johns Hopkins University data.

The US averaged more than 57,300 new daily cases over the last week — an average that’s generally risen since the country hit a 2021 low of 11,351 daily on June 22, according to Johns Hopkins University data.

The last time more than 200,000 US cases were reported in a day was in January, according to Johns Hopkins.

The Delta variant is believed to be more transmissible than other strains — so much so, Frieden said, that it is essentially finding people who are unvaccinated.

And much of the country remains unvaccinated, despite incentive programs and urging from health experts. Only 49.2% of the US population is fully vaccinated, according to the CDC. Daily vaccination rates are slowing, with only about two-thirds of the eligible population having received at least one dose, the CDC said.

Vaccination rates have hit a wall, and that could have serious consequences, said Dr. Paul Offit, director of the Vaccine Education Center at Children’s Hospital of Philadelphia.

“Now we are at a point where there is a solid 25 or 30% of the population that’s saying they don’t want to get vaccinated, that they are okay with allowing this virus to continue to spread, continue to do harm and, worst of all, continue to possibly create variants that are going to be resistant to vaccine-induced immunity,” Offit said.

Change to masking guidance based on new data

The change in the CDC’s mask recommendations comes because new unpublished data shows vaccinated people infected with the Delta coronavirus variant can have as much virus as those who are unvaccinated, according to a source involved with the process.

The source noted two other factors that led to this decision: the prevalence of the Delta variant and low vaccine uptake.

A senior US administration official said the decision is “based on the fact that the Delta variant is clearly more transmissible than the prior ones.”

The CDC had said May 13 that most fully vaccinated people don’t have to wear masks indoors or outdoors.

But because cases have risen as the Delta variant has spread, some health experts have urged the CDC to recommend indoor masking for all.

“The only way to get the unvaccinated to mask up is to mask everyone up,” Dr. Jonathan Reiner, professor of medicine and surgery at George Washington University, said Sunday.

Several places are trying to get their residents back in face coverings.

Eight health directors in the Puget Sound area of Washington state are recommending masking indoors regardless of vaccination status.

“The health officers of King, Pierce, Snohomish, Kitsap, Clallam, Jefferson, San Juan, and Grays Harbor counties have joined together to pass on their best public health advice to protect you, your family, and our communities,” the group said in a joint statement.

The city of Savannah, Georgia, has moved beyond recommendations, instead reinstating a mask mandate effective immediately.

During a news conference on Monday, Savannah Mayor Van Johnson said everyone, regardless of vaccination status, is required to wear facial coverings inside all city government facilities, as well as Savannah city schools and early childhood centers. The mandate does not apply to private businesses or institutions, but the mayor is strongly encouraging owners to implement the mask requirement.

In St. Louis, city and county officials also implemented an indoor mask mandate that went into effect Monday, but Missouri Attorney General Eric Schmitt filed a lawsuit in hopes of stopping it.

Schmitt blasted the reinstated mask mandate as “unreasonable, arbitrary, and capricious, unconstitutional, and unlawful,” in a statement Monday evening.

“This continued government overreach is unacceptable and unconstitutional, especially in the face of a widely available vaccine,” Schmitt said in the statement announcing the lawsuit. “There is absolutely no scientific reason to continue to force children to wear a mask in school,” he added.

Many health experts and agencies have recommended the use of masks to protect against infection, especially for children who are too young to be vaccinated.

Some health experts have suggested mandating that people be vaccinated to work in certain venues or attend school could be a measure necessary to getting the country to a fully protective level of vaccination. Now, some government entities are taking the suggestion.

A similar requirement will be implemented in New York City, where all of the workforce for the city’s agencies, including schools, fire and police, will be given the choice between vaccination or regular testing, Mayor Bill de Blasio said.

“We’re mandating vaccines for Title 38 employees because it’s the best way to keep veterans safe, especially as the Delta variant spreads across the country,” McDonough said.

Despite initial reluctance to support vaccine mandates, the White House said it supports the call made Monday by a large collective of medical associations that vaccines be mandated for all US health personnel.

“These actions, in our view, are meant to keep patients and employees safe and, in fact, I expect our own federal health care providers may look at similar requirements as they do with other vaccines,” White House press secretary Jen Psaki said. “We certainly believe that health officials are on the front lines of being vulnerable to getting Covid and we certainly support these actions by these hospital associations.”