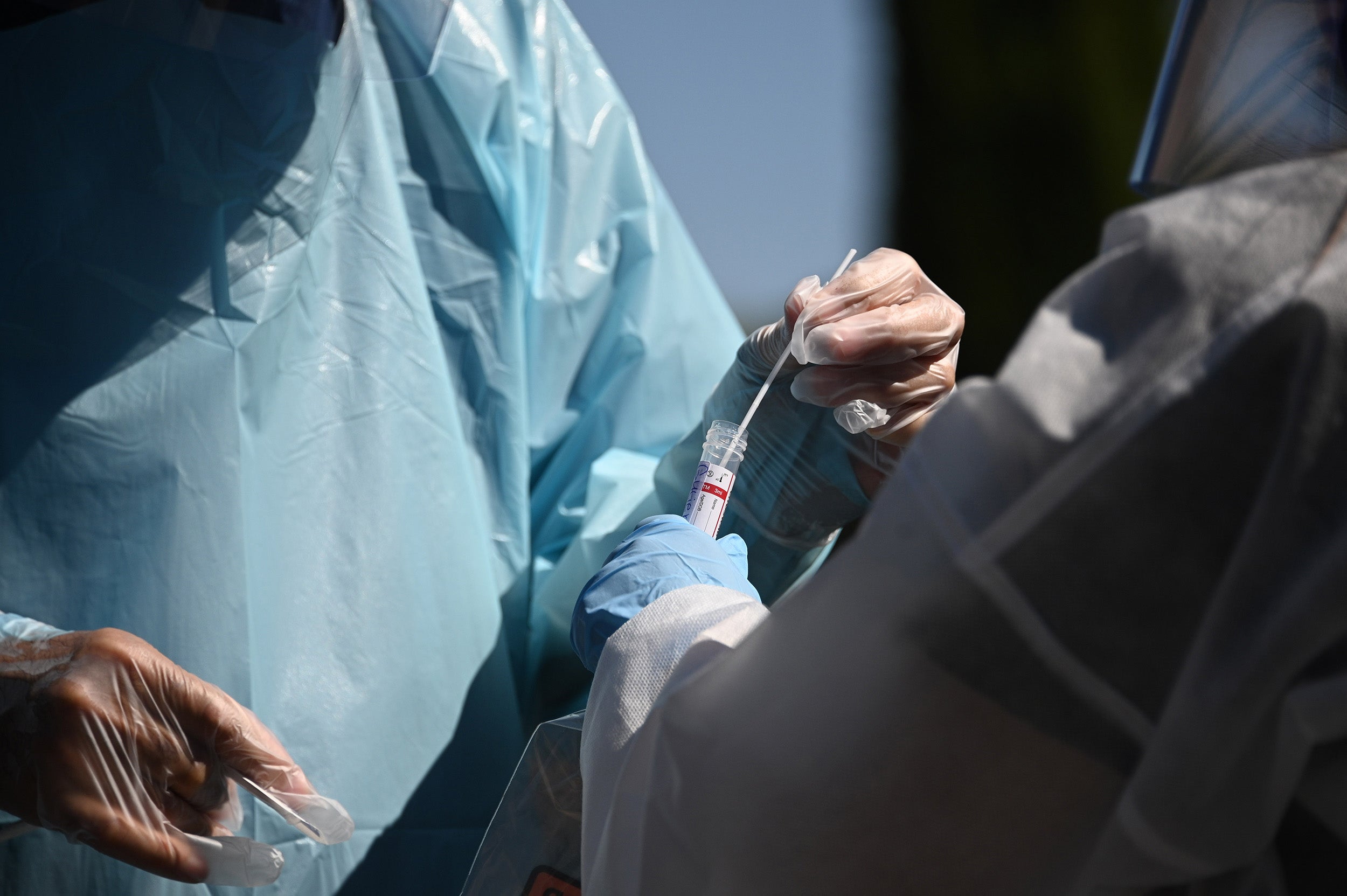 LONDON (AP) — British health officials said Friday that an estimated 43,000 people may have been wrongly told they don’t have the coronavirus because of problems at a private laboratory.

The U.K. Health Security Agency said a lab in Wolverhampton, central England, has been suspended from processing test swabs after reports of false negatives. The faulty results were among tests processed at the Immensa Health Clinic Lab between early September and this week.

The issue was uncovered after some people who were positive for COVID-19 when they took rapid tests went on to show up as negative on more accurate PCR tests.

“Around 400,000 samples have been processed through the lab, the vast majority of which will have been negative results, but an estimated 43,000 people may have been given incorrect negative PCR test results,” mostly in southwest England, the health agency said.

The agency called the problem “an isolated incident attributed to one laboratory” and said the people affected would be contacted and advised to get another test.

One local authority in England, West Berkshire Council, has told people who were tested at the government-run Newbury Showground site between Oct. 3 and 12 and were told they were negative to get tested again.

Britain conducts about 1 million coronavirus tests a day and reported almost 40,000 new infections a day over the past week.