US coronavirus deaths to surpass 100,000 by June 1, CDC director says 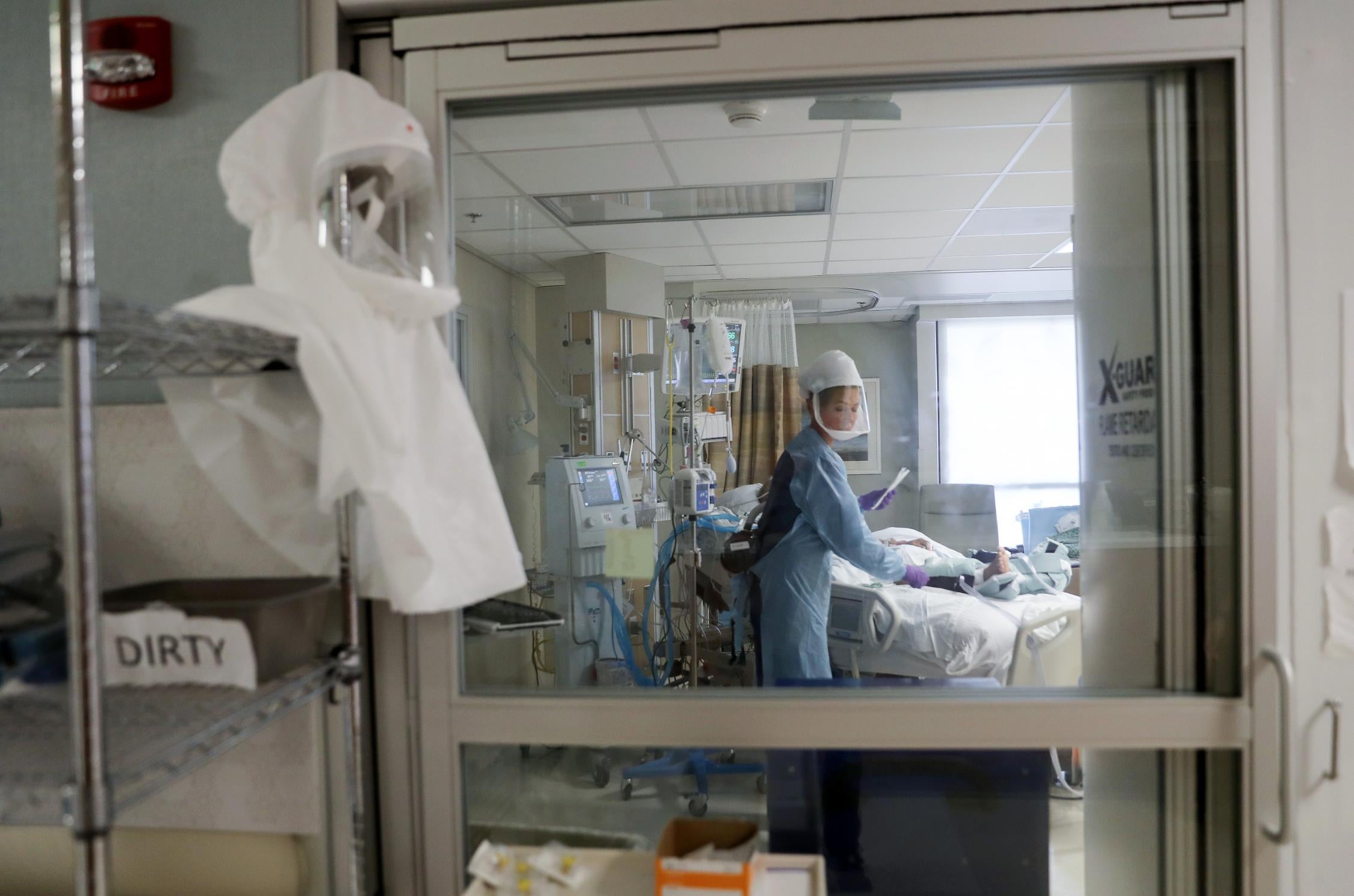 (CNN) — The number of coronavirus deaths could surpass 100,000 by June 1, the head of the Centers for Disease Control and Prevention said Friday.

The 12 forecasting models in the United States tracked by the CDC are predicting an increase in deaths in the coming weeks and this grim milestone, CDC Director Dr. Robert Redfield tweeted.

As of Friday, more than 1.4 million people in the US have been infected with the coronavirus, and more than 87,000 have died, according to Johns Hopkins University.

Earlier this week, a model by the Institute for Health Metrics and Evaluation at the University of Washington forecast 147,000 deaths in the US by August 4.

Despite the CDC’s prediction, the number of new coronavirus cases reported each day is going down in more than half of US states, according to an analysis of data from Johns Hopkins University.

Twenty-eight states have seen a downward trend, including several that took steps toward reopening relatively early like Georgia and South Carolina.

A notable exception is Texas, where case numbers are up between 20% and 30% since the state began lifting stay-home restrictions on May 1. On Thursday, the Lone Star State reported it’s highest single-day increase in fatalities with 58 new deaths.

In all, seven states are still experiencing upward trends in case numbers, while numbers appear to be holding steady in 15 others.

Parts of New York state — long the epicenter of the US outbreak — started a phased reopening on Friday.

Some industries like construction and manufacturing will be allowed to resume. Retail will remain limited to curbside or in-store pickup.

But a stay-at-home order has been extended until May 28 for other regions, including New York City and Long Island, unless they meet several requirements, including 14-day declines in hospitalizations and deaths.

Parts of Louisiana, Maryland, Virginia and Oregon started lifting some restrictions Friday. By Sunday, 48 states will have partially reopened.

States are taking steps to allow summer outdoor activities. Cuomo announced Friday that beaches in his state would reopen by Memorial Day weekend, similarly to beaches in neighboring New Jersey, Connecticut and Delaware.

In New York’s case, beaches can’t exceed 50% capacity. Picnic areas will be closed and social distancing enforced. Visitors must have masks and wear them when they cannot social distance.

Rhode Island Gov. Gina Raimondo has said her state plans to allow summer and youth camps to operate in-person beginning June 29. Florida Gov. Ron DeSantis said Friday that depriving children of activities like summer camps “would be a big mistake” but he hasn’t made a decision yet.

In Michigan, Gov. Gretchen Whitmer announced that a new council will start planning what a path to reopening schools in the state will look like.

“I’m asking this group of state leaders to work together to develop a road map and framework for helping us decide when it is safe to return and what that return looks like. They’re incorporating all of the public health data that we have, and all that we have learned and have continued to learn about this virus,” she said.

There are 118 potential vaccines in the works, WHO says

As finding a vaccine and treatment for the virus remains a top priority, President Donald Trump announced Friday what he called “Operation Warp Speed” to develop a coronavirus vaccine by the end of the year.

Trump named Moncef Slaoui, former head of the vaccines division at GlaxoSmithKline, to lead the effort alongside Army Gen. Gustave Perna, who describe the endeavor as a “Herculean task.”

Health experts have said that timelineis highly ambitious because of the lengthy process of researching and testing vaccine candidates.

There are 118 potential Covid-19 vaccines in development around the world, the World Health Organization says. Eight are in clinical trials in several countries, including the US, the United Kingdom and China.

But health experts are warning the US is still lagging behind in testing.

While not every person who tests positive will need treatment, testing ensures most of the cases are identified and traced, said Dr. Richard Besser, the former acting director of the Centers for Disease Control and Prevention.

“Every case that’s out there could be the spark that starts another outbreak in your community that gets out of control,” he said.

With the right measures, countries can suppress transmission and avoid bouncing back-and-forth between lockdown and lifting restrictions, said Maria Van Kerkhove, the technical lead for the Covid-19 response at the World Health Organization.

South Korea and Singapore have been successful in containing the virus because they have rapidly identified it, started contact tracing and combated opportunities for it to resurge, she added.

Experts have said coronavirus is likely to keep spreading for at least another 18 months to two years — until about 70% of the population has been infected.

The National Institutes of Health is using drugs once considered dangerous in a new trial for people with mild coronavirus cases.

The NIH said it would enroll 2,000 people infected with coronavirus to try the malaria drug hydroxychloroquine combined with the antibiotic azithromycin.

Study participants must have a fever, cough and/or shortness of breath, it said, adding that the first person enrolled in San Diego.

Both the NIH and the Food and Drug Administration warned against the use of both drugs, saying they should only be limited to clinical trials.

The FDA says the combination should not be used outside of a hospital setting because it causes heart rhythm problems. In addition, several trials have shown the combination does not help coronavirus patients.

The NIH did not respond to CNN’s request for comment.

Places considering reopening their doors after weeks of restrictions are getting additional guidance from federal officials.

They do not provide any detailed advice on when it would be safe for schools or business to open — only questions to ask before making any decisions.

Its purpose is to assist employers in making reopening decisions, but it’s still important for them to check with state and local health officials to meet the unique needs and circumstances of the local community, the workplace tree reads.

They include small adjustments to account for the differences between schools, for instance, and restaurants.