US COVID-19 vaccine authorization is ‘a most important milestone,’ BioNTech CEO says 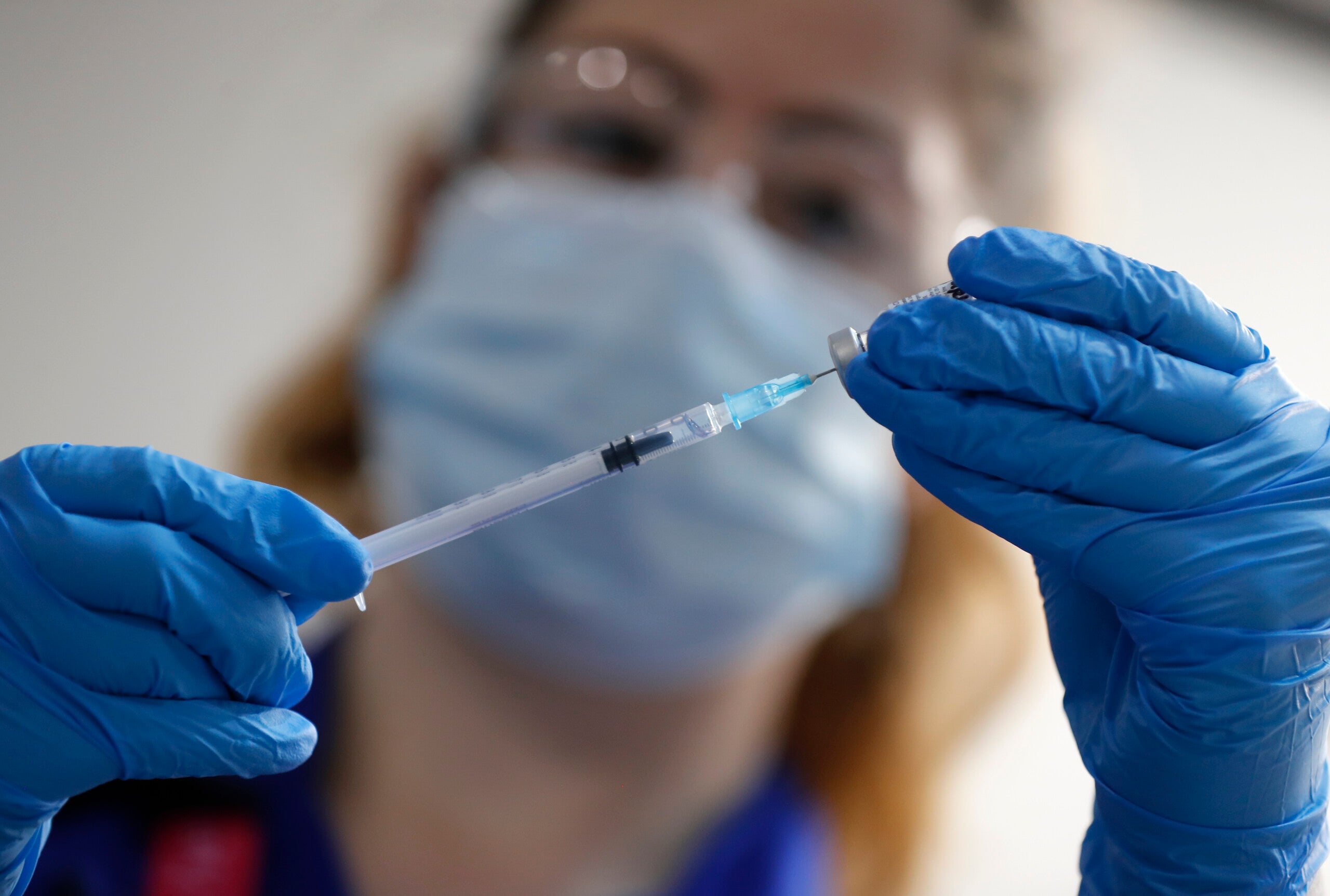 A nurse prepares a shot of the Pfizer-BioNTech COVID-19 vaccine at Guy's Hospital in London, Tuesday, Dec. 8, 2020, as the U.K. health authorities rolled out a national mass vaccination program. U.K. regulators said Wednesday Dec. 9, 2020, that people who have a “significant history’’ of allergic reactions shouldn’t receive the new Pfizer/BioNTech vaccine while they investigate two adverse reactions that occurred on the first day of the country’s mass vaccination program. (AP Photo/Frank Augstein, Pool)
by: Fred Pleitgen, CNN
Posted: Dec 12, 2020 / 07:57 AM EST / Updated: Dec 12, 2020 / 09:47 AM EST

(CNN) — The US Food and Drug Administration’s emergency use authorization of Pfizer and BioNTech’s coronavirus vaccine is a crucial step in developing the new-generation vaccine, BioNTech CEO Ugur Sahin says.

“This is a most important milestone,” Sahin told CNN in an exclusive interview. “I am really happy that we had such a good meeting and the FDA authorized the vaccine so that we are able to make our vaccine available to the US population.”

The FDA authorized the vaccine late Friday night after its advisers recommended the go-ahead. The US follows several other countries in authorizing the vaccine, including Britain, which has already immunized at least 2,000 people.

The EUA was lightning fast by US regulatory standards — especially for a vaccine using new technology.

BioNTech’s vaccine uses messenger RNA, genetic material that codes for a piece of the virus’s spike protein — the outside hook that attaches to the cells the virus attacks. This mRNA prompts the human body to produce little pieces of the protein, and then produce an immune response against it.

Clinical trials in more than 40,000 people showed it was 95% effective in preventing symptomatic disease.

“We will not have a direct impact on the pandemic spread in the next few months since we need of course to reach a large proportion of the population to reduce the speed of the outbreak.”

Pfizer has only been able to produce a few million doses for the US so far, so it will not immediately affect the pandemic, Sahin said. But after more people get vaccinated, the effects will kick in, he predicted.

“It could start depending on how fast we can do the roll out and depending also when other companies join us,” he said. “It could happen at the beginning of March, middle of March, end of March to see the first effects. And I hope that with the spring season we will have by nature a lower rate of infections. And the combination of both might help us to have a better summer than the situation is now.”

US vaccine advisers who discussed the EUA were worried about reports of allergic reactions to the vaccine — at least two in Britain — as well as reports that about 9% of people who received the shots in clinical trials suffered reactions including headache, fever and muscle aches that lasted as long as two days.

“Actually this is something which is well-known,” Sahin said.

“So people with a known anaphylactic reaction are known to be at risk for vaccination with any type of vaccine. So this is not a big surprise and there must be precautions. And one of the most important precautions is really that vaccination happens under the control of a physician,” he added.

“So if severe reactions happen, the physician can react — can provide, for example, corticosteroids. And this happened exactly in the United Kingdom. The two participants recovered after getting corticosteroids and treatment, adrenaline treatment. And the most important thing is to understand the risk profile of the individual subject and then decide on a case-by-case basis whether the vaccine should be applied or not.”

Sahin said he was confident BioNTech and Pfizer had chosen the safest vaccine candidate out of a batch of possibilities.

“The safety data shows that this is a vaccine like any other anti-viral vaccine with a benign safety profile, mild and moderate side effects. Typical side effects are pain at the injection site, fever and headache in a proportion of participants. And based on the study we can say that this is a safe and highly effective vaccine,” he said.

Some people have also worried that because the vaccine employs messenger RNA, it could somehow permanently affect a person’s genetic makeup.

“This will not happen; mRNA does not interfere and change the DNA,” Sahin said. “This is a well-known issue. It is a molecule which is transient. It is in most cells only in the cytoplasm and it degraded rapidly. So this is not a justified fear.”

One question that has yet to be answered is how long the vaccine can protect people for.

“This is important. How long the immunity lasts depends on two things: one is the vaccine itself, but on the other side also the virus,” Sahin said.

Questions also remain over vaccine production. Pfizer had hoped to have hundreds of millions of doses produced by now, but has far fewer.

“And now understanding that more doses might be required, we started a few weeks ago to evaluate if we can produce more doses. And this of course means that we need to understand the constraints.

Sahin said the demand is there.

“This is needed. We anticipate that need, the worldwide need for our vaccine, is much higher than we initially estimated, since some of the vaccines that were planned for 2021 will come later,” he said, 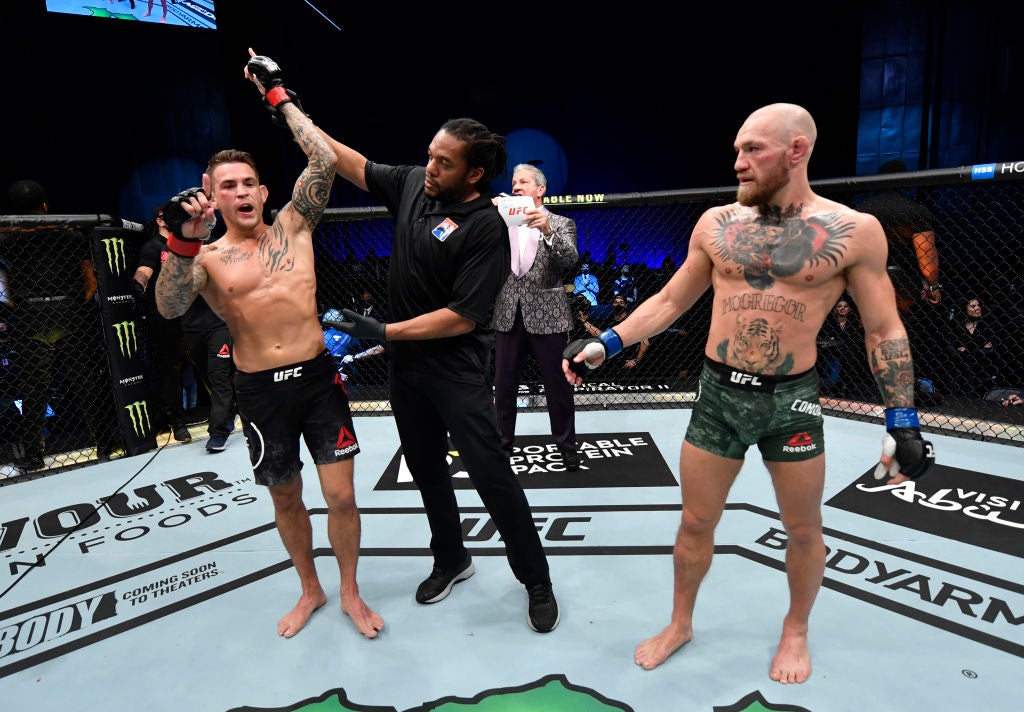