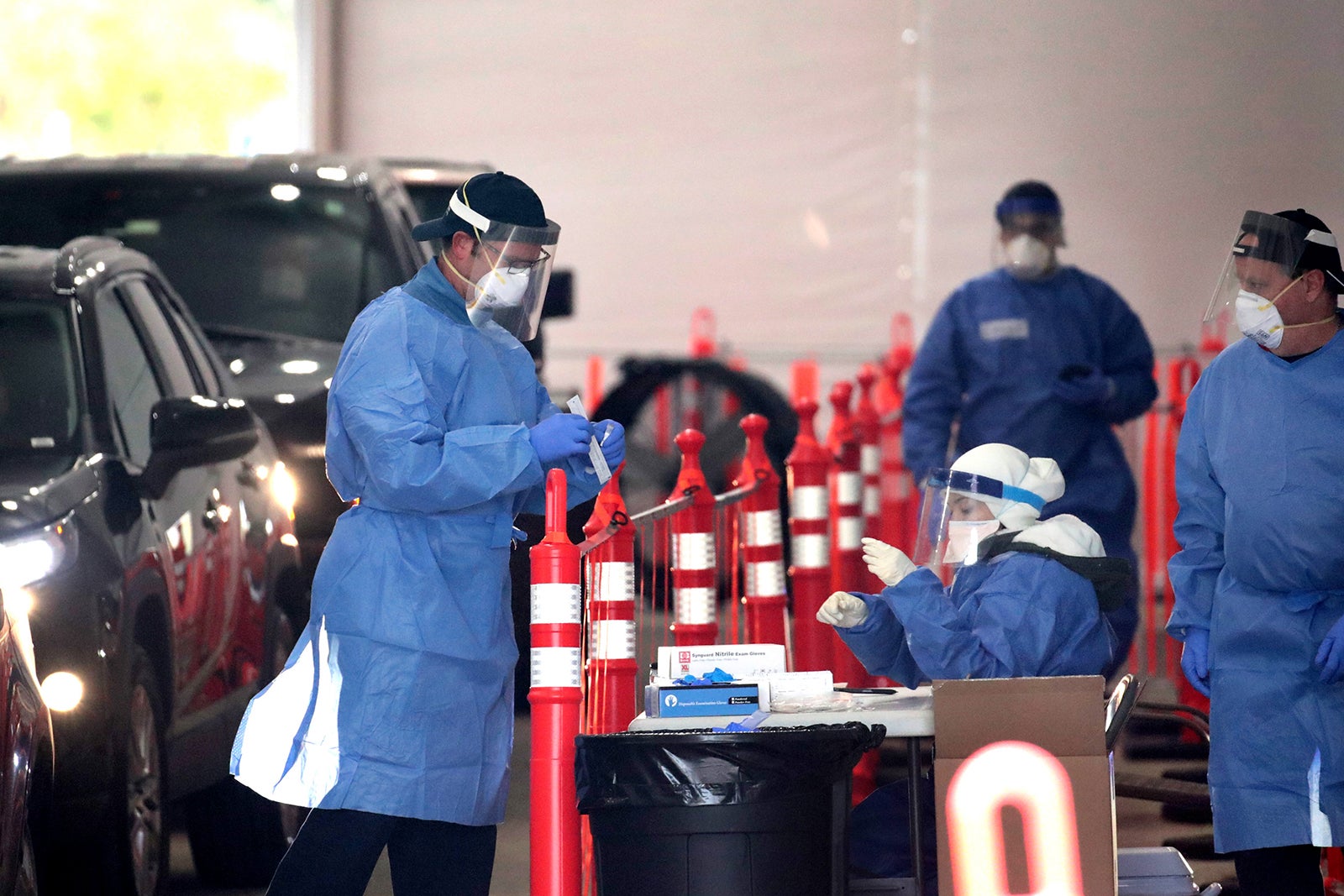 (CNN) — The US recorded 91,530 new Covid-19 infections on the day many Americans cast their ballots, adding to a series of staggering case numbers reported within just the past week.

The country’s five highest days of coronavirus cases have all been recorded since October 29, affirming experts’ warnings another surge is well underway and will only get worse.

The nationwide seven-day average of new daily cases now stands at about 86,363 — more than double what it was on September 4, data from Johns Hopkins University show.

And while doctors have stressed basic public health measures like masks and social distancing can turn things around, such measures remain a point of contention in some parts of the US.

New Jersey updated its quarantine advisory for those traveling to the state, according to a press release from Gov. Phil Murphy’s office. Anyone traveling to New Jersey from 43 states and territories will be required to quarantine for 14 days.

New York broke with its initial advisory Wednesday, issuing a new one that said anyone traveling to New York would require a negative Covid-19 test three days prior to their trip. Then once in the state, the traveler would be required to quarantine for three days before getting another test.

In Kentucky, where the governor has long cautioned that infections were climbing quickly, he said Tuesday that “every day, things appear to be getting worse.”

“We are seeing not only a surge in the virus, but more and more of our kids by percentage who are getting it,” Gov. Andy Beshear said.

His words follow an alarming new report saying that Covid-19 case counts were impacting children around the country at “unprecedented levels,” with the last week of October seeing the highest one-week count of new juvenile infections so far.

The number of Covid-19 patients in US hospitals as been rising, and hundreds of people are losing their lives every day. There are at least 9.4 million cases in the US and more than 233,000 have died since the start of the pandemic, according to Johns Hopkins. And about another 100,000 Americans may die in just the next two months, projections from the University of Washington’s Institute for Health Metrics and Evaluation show.

Across the country, 50,340 people were in hospitals with the virus on Tuesday, according to the Covid Tracking Project. That’s an increase of about 76% since September 20, when Covid-19 hospitalizations were at a post-summer-surge low.

Hospitalizations are “sharply increasing” in the Midwest, the tracking project said on Twitter.

In Nebraska, health officials say a surge of infections has put a strain on hospitals statewide. Chief medical officers of three major hospital systems said Monday that Covid-19 hospitalizations had increased 91% in the Omaha metro area between October 17 and October 31. Now, hospital capacity and staff are approaching their limits, the hospital officials said.

“We have seen a doubling of Covid-positive patients in the last several weeks,” Dr. Cary Ward, chief medical officer of CHI Health, said. “No doubt if this trend continues, not just our hospitals, but every hospital in the state could be at capacity.”

Covid-19 the third leading cause of death in Arkansas

And in Arkansas, the governor announced Tuesday that Covid-19 was the third-leading cause of death in the state, preceded only by cancer and heart attacks.

“It is a deadly virus that takes people’s lives,” Gov. Asa Hutchinson said. “We want to make sure everybody understands the seriousness of it.”

“If we continue to see these cases escalate, we in turn will have hospitalizations increase, and the stress on the health care system will be felt. Hospitals are stretched thin in some areas and we ask that you please adhere to the safety measures again,” Ryall said.