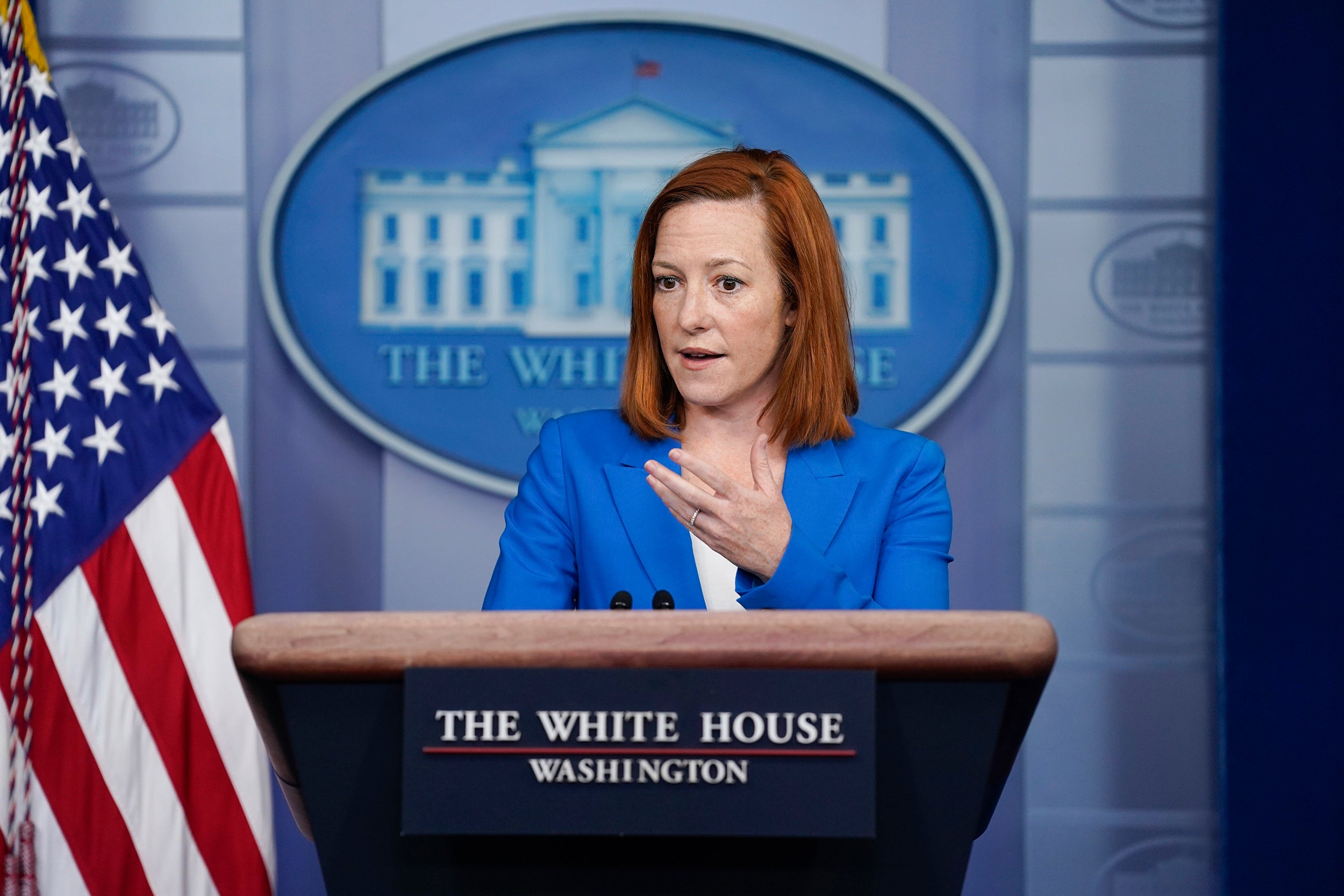 (CNN) — President Joe Biden believes Americans “deserve better information” about the origin of COVID-19 and further steps from the global community, White House press secretary Jen Psaki said Tuesday after the release of a World Health Organization report that said the pandemic is very likely to have started with transmission from one animal to another, and then to humans.

“I think he believes the American people, the global community, the medical experts, the doctors — all of the people who have been working to save lives, the families who have lost loved ones — all deserve greater transparency,” Psaki told reporters at a White House briefing.

She spoke shortly after the U.S. and 12 other countries released a joint statement raising questions about the WHO report and calling for independent and fully transparent evaluations, and the European Union called for better access for researchers and further investigation.

Authorities in 219 countries and territories have reported about 127.9 million COVID-19 cases and 2.8 million deaths since China reported its first cases to the WHO in December 2019. More than 30 million Americans have fallen ill and more than 550,000 have died, according to Johns Hopkins University.

The 120-page WHO report, released Tuesday, says a scenario where the virus spread via an intermediate animal host, possibly a wild animal captured and then raised on a farm, is “very likely.” The investigation has not found what other animal was infected by a bat — considered the most likely original source of the virus — and then may have transmitted it to a human.

Another possible-to-likely scenario is direct transmission from one of the animals known to carry a similar coronavirus, such as a bat or a pangolin.

There is no evidence to support the lab theory, and World Health Organization Director General Tedros Adhanom Ghebreyesus said Tuesday that the WHO team concluded it was the “least likely hypothesis.”

Nevertheless, he said the agency would continue to explore the possibility.

“The team also visited several laboratories in Wuhan and considered the possibility that the virus entered the human population as a result of a laboratory incident,” Tedros told member states in a briefing about the report, according a copy of his remarks.

“Although the team has concluded that a laboratory leak is the least likely hypothesis, this requires further investigation, potentially with additional missions involving specialist experts, which I am ready to deploy,” Tedros said. He added that he didn’t believe the WHO assessment “was extensive enough. Further data and studies will be needed to reach more robust conclusions.”

Psaki said Tuesday that “the analysis performed to date from our experts — their concern is that there is an additional support for one hypothesis,” without specifying which one she was referring to. The WHO report “doesn’t lead us to any closer of an understanding or greater knowledge than we had six to nine months ago about the origin. It also doesn’t provide us guidelines or steps on how we should prevent this from happening in the future,” she said.

The WHO report, Psaki’s comments and the statements by the U.S. and allies and the EU follow months of tension, particularly between the U.S. and China, over the origins of the coronavirus. China initially downplayed early reports of the virus, going so far as to censure scientists who tried to warn the public, even as millions of Chinese spread across the country for Lunar New Year celebrations.

Early WHO statements closely echoed China’s, putting the global agency’s imprimatur on faulty evaluations. The WHO’s delay first in declaring the virus a public health emergency, and then in calling it a pandemic, prompted Trump administration officials to raise questions about its credibility and independence. U.S. lawmakers called for an investigation into whether China manipulated the WHO’s early response and the Trump White House cut funding for the organization, which the Biden administration has since reinstated.

Concerns about WHO independence remain, however, and the reactions of diplomats from a variety of countries and Tuesday’s statements made clear they are not limited to the U.S.

One European diplomat said the presence of a WHO mission on the ground and the report were “only a first step, we need further studies to come to a clear result concerning the origin of the virus and we need more access to data and samples.”

Others pointed to the need to establish clear lessons from the incident.

“The joint statement is not as aggressive as it might have been under the previous administration, I suspect, which made it easier to support, but the statement could have been tougher and the Chinese response to the process has not been good enough,” said another European diplomat, who reflected the views of other envoys who spoke to CNN.

“The point is what do the next steps look like? If we don’t have a working system to learn lessons and respond quickly when there are problems, we’re not going to have a working system to protect people,” this diplomat said. “Where we’ve seen the world get healthier and safer is where you have a really clear system for learning lessons and dealing with problems very quickly and if we see an approach that is similar to China’s again, we’re going to have another problem that’s unmanageable.”

The governments of Australia, Canada, Czechia, Denmark, Estonia, Israel, Japan, Latvia, Lithuania, Norway, the Republic of Korea, Slovenia and the United Kingdom all signed on to the joint statement with the U.S.

While describing the work of WHO experts as critical to understanding how the COVID-19 pandemic started and spread, the joint statement pointed to shortcomings in the agency’s report, describing it as “significantly delayed and lacked access to complete, original data and samples.”

“We join in expressing shared concerns regarding the recent WHO-convened study in China, while at the same time reinforcing the importance of working together toward the development and use of a swift, effective, transparent, science-based, and independent process for international evaluations of such outbreaks of unknown origin in the future,” Tuesday’s joint statement said.

The European Union issued its own statement, expressing the same concerns in slightly softer language. “Only through a thorough review of the origins of the virus and its transmission into the human population, will we be able to better understand and control this pandemic, and to better prevent and prepare for future health emergencies,” it said, before urging further investigation and better access.

“While regretting the late start of the study, the delayed deployment of the experts and the limited availability of early samples and related data, we consider the work carried out to date and the report released today as a helpful first step,” it said.