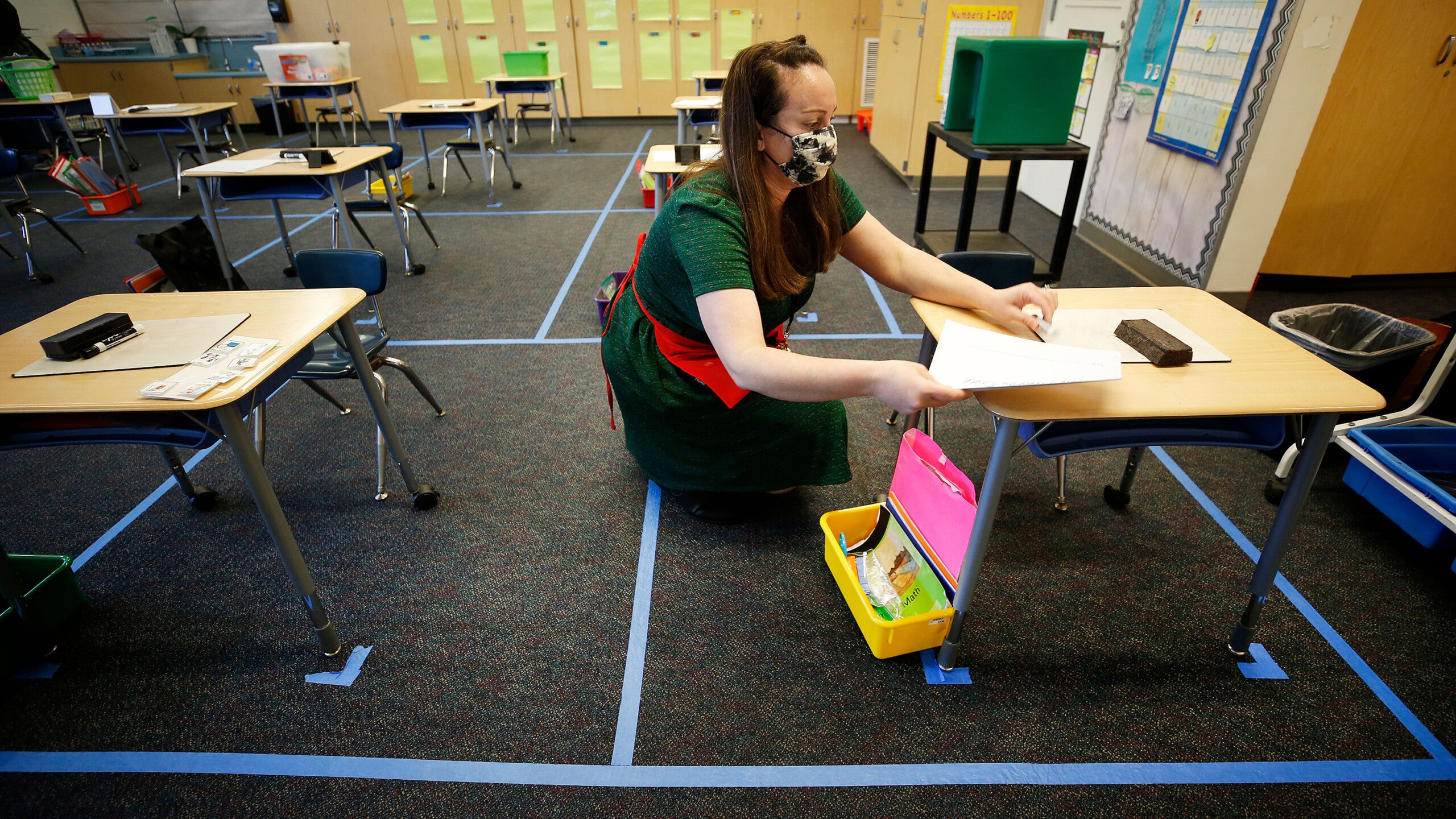 (CNN) — White House press secretary Jen Psaki said Thursday that President Joe Biden’s goal is to have schools open five days a week in-person, but stressed the administration would follow the guidance of science and medical experts on how to safely reopen.

“The President will not rest until every school is open five days a week. That is our goal,” Psaki said at a White House briefing.

Psaki said the administration would be following the highly anticipated guidance that is expected to be put out on Friday by the U.S. Centers for Disease Control and Prevention on how best to safely reopen schools.

The White House faced some criticism from parents, teachers, students and local officials after Psaki said their goal was to have in-person teaching at least one day a week in the majority of schools within Biden’s first 100 days in office. That marker fell short of what many expected Biden was promising when he said his goal was to reopen most K-12 schools within his first 100 days.

Psaki defended the administration’s position in a subsequent briefing, saying, “That is not the ceiling. That is the bar we’re trying to leap over and exceed.”

How and when to reopen schools safely has become a national flashpoint, with some parents eager to get their children back into classrooms and some teachers and unions worried about the possibility of being infected with COVID-19.

A reporter asked Psaki on Thursday: “Can you explain to American parents that just one day of in-person school, does that count as schools being open? Why should they be satisfied with that?”

“They shouldn’t be,” Psaki said. “I can assure any parent listening that his objective, his commitment is to ensuring schools are open five days a week. That’s what he wants to achieve, and we are going to lead with science and the advice that they are giving us.”

The guidance will not suggest staffers should be required to be vaccinated, and will instead describe vaccination as another strategy to “layer,” since many schools were able to safely reopen before vaccines were available, an administration official previously told CNN. The guidelines will also note that screening can improve detection of cases.

Biden’s $1.9 trillion COVID-19 relief proposal would include $170 billion for K-12 schools, colleges and universities that could be directed toward mitigation measures.

CDC Director Dr. Rochelle Walensky suggested last week that schools could safely reopen without teachers getting vaccinated for COVID-19. The White House initially distanced itself from Walensky’s comments, with Psaki saying Walensky was speaking “in her personal capacity.” But Psaki later appeared to align with Walensky’s comments, saying vaccinations are only part of several mitigating factors that will help schools reopen safely.

Some teacher unions are resisting reopening some schools amid fears of teachers getting infected with COVID-19.

The Chicago Teachers Union has told its members to be prepared to go on strike if the school district retaliates for teachers choosing to continue teaching online, as Chicago Public Schools CEO Dr. Janice Jackson and other school officials say it’s time to get everyone back into the classroom.