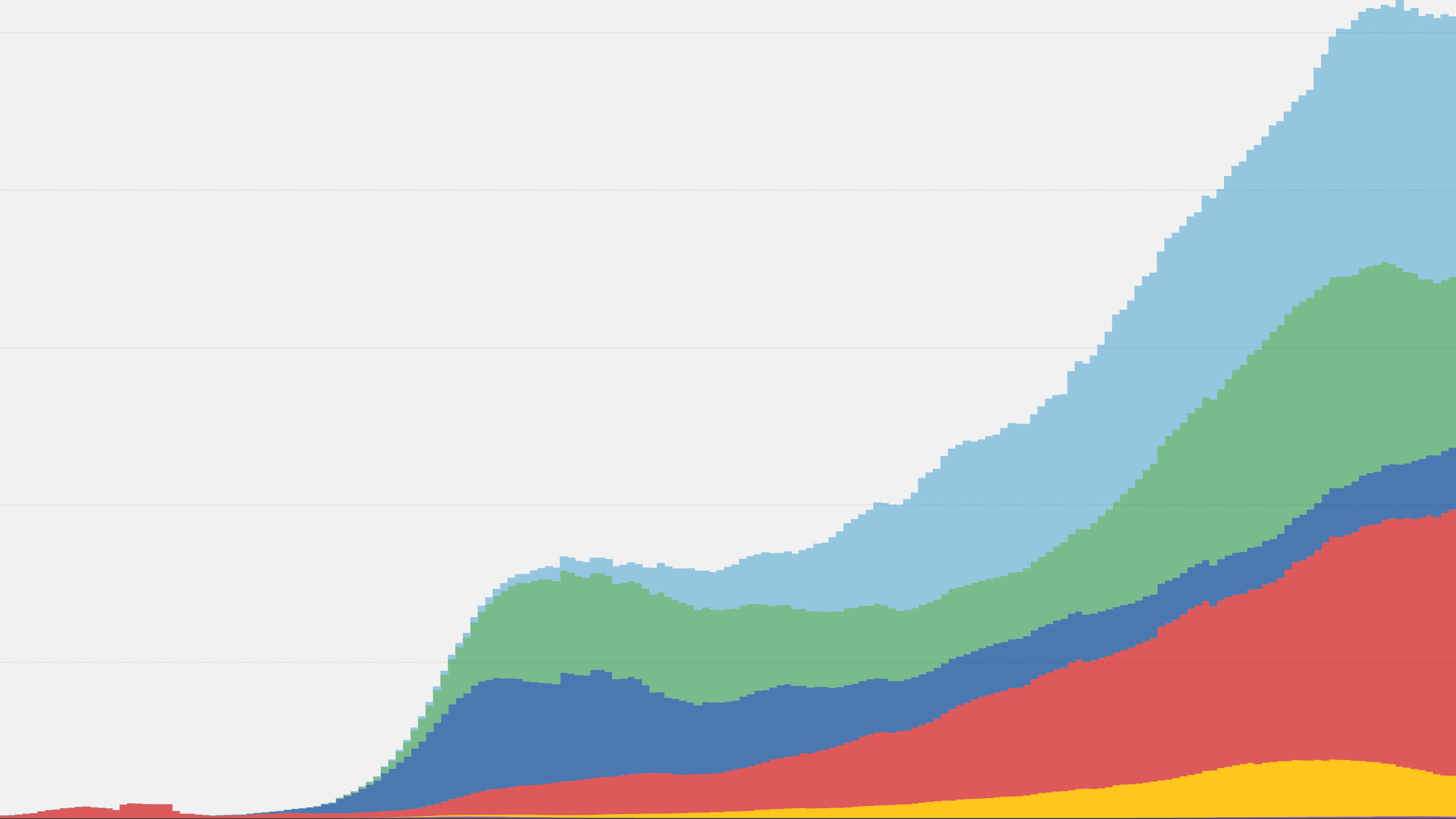 (CNN) — The world has reached the grim milestone of 20 million confirmed coronavirus cases and is edging closer to 750,000 deaths globally, according to figures from Johns Hopkins University.

The seven-day average for new daily cases has been above a quarter of a million for two weeks.

The rise in cases remains driven in large part by the region of Latin America and the Caribbean, as well as by Asia, where cases are growing again, according to the JHU figures. Death rates remain highest in the former.

India has the third-highest number of cases at more than two million, reaching the milestone just three weeks after hitting one million. The country is struggling to cope with the fast-growing outbreak, with critically ill patients turned away from hospitals that lack beds, staff and equipment.

The UK is among several European countries that are seeing new infection clusters amid fears of a second wave. Stay-at-home orders have been put in place in parts of northern England where outbreaks were identified. The UK recorded 1,113 new cases Sunday, taking its total to more than 310,000.

Spain saw a rapid increase in case numbers last week, with 4,507 new cases recorded on Friday. Daily figures have reached levels not seen since before it ended its state of emergency on June 21, with the country reporting more than 314,000 cases and 28,000 deaths in total.

France’s top scientists warned last week that its situation is “fragile” and could “change course at any time to a less controlled scenario like in Spain for example.” Paris has introduced compulsory mask-wearing in outdoor areas as national daily cases reached 3,897 Friday — the highest since May. Belgium has also seen a fresh spike — its weekly average number of new infections rose 62% in the last week of July compared to the previous week, according to the country’s health authorities.

Africa confirmed more than one million Covid-19 cases on Friday, according to a CNN tally based on JHU data.

South Africa has more than half the continent’s reported cases, with more than 550,000 confirmed infections, the fifth highest count worldwide, and more than 10,000 deaths.

The World Health Organization (WHO) Regional Director for Africa, Dr. Matshidiso Moeti, warned Thursday that the lack of testing across Africa remains a “constant and concerning challenge.”

Covid-19 is now spreading among younger people globally, with the proportion of cases among teens and young adults up six-fold, and in young children and babies by seven-fold, WHO said. The increase might be explained by broader testing, greater detection of milder cases and shifting hotspot demographics, but “a rise in risky behavior after easing of public health and social measures” is also to blame, the agency said.

“Behind these statistics is a great deal of pain and suffering,” said WHO Director-General Tedros Adhanom Ghebreyesus in a news briefing in Geneva on Monday.

Tedros highlighted countries such as New Zealand and Rwanda as examples of places that are doing well in the fight against Covid-19.

New Zealand celebrated 100 days with no community transmission while Rwanda is seeing progress thanks to similar steps, he said. Testing and treatment are free, people who test positive, and all their potential contacts are visited and tested by health workers.

“I know many of you are grieving, and that this is a difficult moment for the world,” Tedros said. “But I want to be clear: There are green shoots of hope and no matter where a country, a region, a city or a town it — it is never too late to turn the outbreak around.”

With updated information from the Indiana Department of Health through Oct. 28, this timeline reflects updated tallies of deaths and positive tests prior to that date.