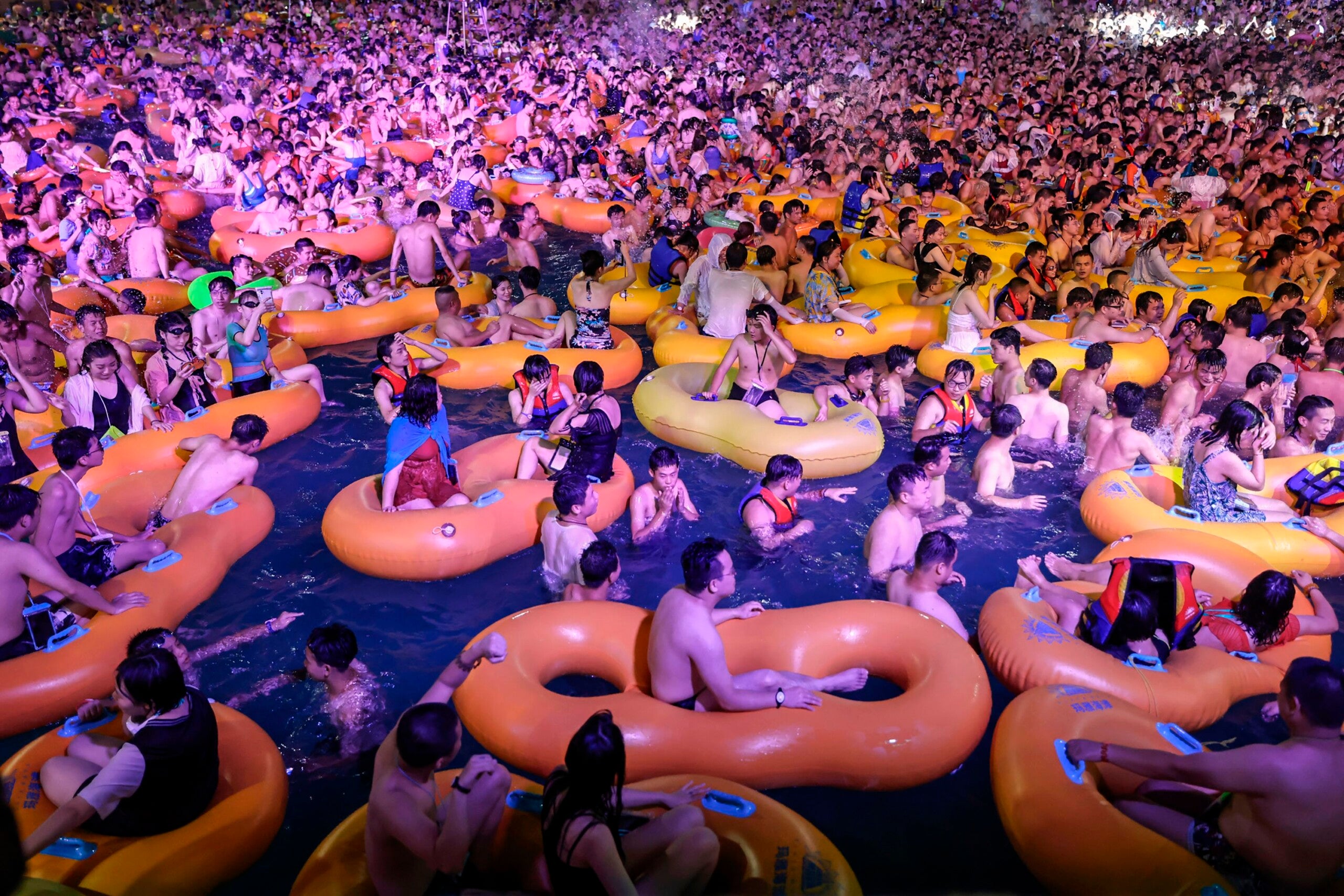 (CNN) — It was ground zero in the coronavirus pandemic and underwent the world’s first — and arguably strictest — lockdown.

Now, the central Chinese city of Wuhan appears to have moved on from the virus, as thousands of revelers gathered in an open air water park for an electronic music festival — without any masks or social distancing measures in sight.

Over the weekend, the Wuhan Maya Beach Water Park was filled with partygoers in swimsuits bunched together shoulder to shoulder, waving to the beat of the music while cooling down in hip-high water; others relaxed on inflatable rubber tubes that packed the pool to the brim, with little space to float around.

The crowded party scene remains unthinkable in many parts of the world still grappling with the deadly virus. More than 21 million people have been infected across the globe, with tens of thousands of new cases reported every day in the United States, Brazil and India.

But in Wuhan, life has gradually returned to normal since the metropolis of 11 million people in Hubei province lifted a stringent 76-day lockdown in early April. The city hasn’t reported any new cases since mid-May.

The Wuhan Maya Beach Water Park reopened in late June, but more than a month of seasonal rain had discouraged crowds from turning out. The number of visitors in early August only accounted for half of the level in the same period last year, according to Hubei Daily, a provincial Communist Party mouthpiece newspaper, citing a manager at the park.

Currently, the water park receives an average of 15,000 daily visitors during weekends, and is offering half-price discounts to some visitors, Hubei Daily reported.

The novel coronavirus was first detected in Wuhan in December last year. As the original epicenter of the outbreak, infections in the city account for nearly 60% of the more than 84,000 total confirmed cases across China, according to data from the country’s National Health Commission and Hubei Provincial Health Commission.

On January 23, Wuhan was sealed off from the outside world in an unprecedented state-imposed lockdown to contain the fast spreading virus. All flights, trains and buses were canceled and highway entrances blocked. Public transport in the city was shut down, and residents were banned from leaving their communities — even for grocery shopping.

The sweeping measures, which affected more than 60 million Hubei residents, have been heralded in China as having helped the country to turn a corner in its fight against the outbreak. In a major show of confidence, Chinese President Xi Jinping visited Wuhan on March 10, three months after the outbreak was first detected in the city.

But the virus made a brief reemergence in mid-May, when six new cases were discovered in a residential community in the city. Municipal authorities rolled out an ambitious citywide nucleic acid testing drive, which saw more than 6.5 million tests conducted in just nine days, according to state media.