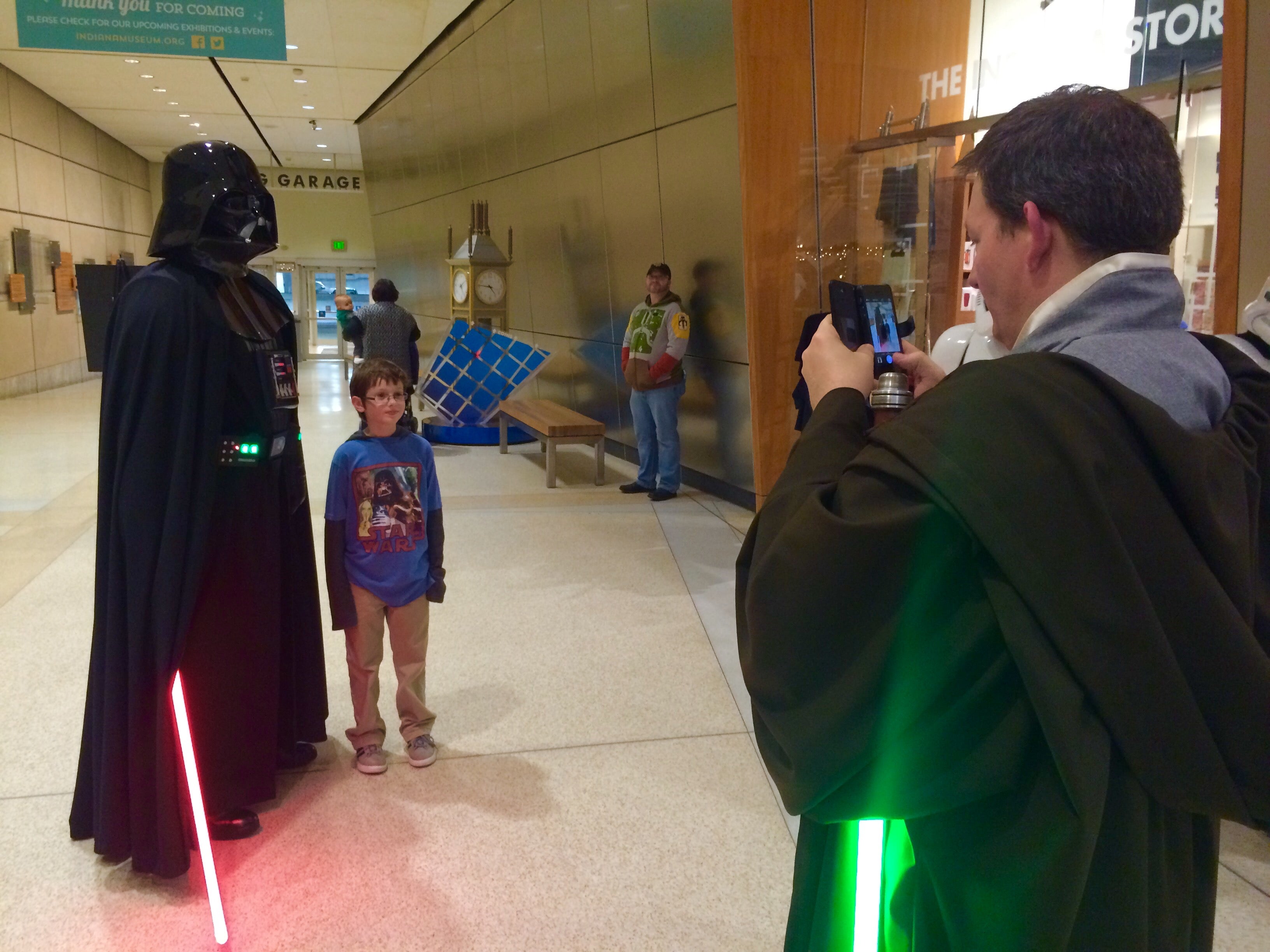 Many donned costumes to catch the first showing of the highly anticipated movie.

The IMAX at the Indiana State Museum is showing a special higher quality version than most other theaters.

Many people arrived early to enjoy the show before the movie.

People were happy to see the iconic bad guys like Darth Vader and their Jedi nemeses.

Fans dressed in their sci-fi finest for what’s expected to be the movie of the year.

“We’re beyond excited to be here with like-minded people with our Star Wars family for the opening, it’s very exciting,” Star Wars Fan Lisa Goeppner said.

“Super excited about the new one, I hope it’s going to be great,” Star Wars Fan Nathan Cummins said.

Snyder, who dressed as a Jedi, said Star Wars has been a part of his life for decades.

“My parents showed me Star Wars initially and now I’m sharing it with my own kids,” he said.

Cummins remembers a different era of the film series.

“My dad took me to Episode One when I was a little kid, the midnight showing, and we go to the midnight toy releases all the time,” he said.

Cummins and his holiday themed Star Wars sweater will be attending multiple showings in one night.

“Just super, super excited, I can’t even imagine how great it’s going to be right now,” Cummins said, “I got tickets to the first and second showing tonight because I want to see it twice.”

Theaters like this IMAX had no trouble selling out.

“We’re expecting well over 10,000 people in the first ten days of the screenings of the movie. We can fit 400 in the theater at any given time,” Theater Manager of the IMAX Indiana State Museum Craig Mince said.

Mince got a sneak peek of The Force Awakens and said with confidence that the die-hard fans won’t be disappointed.

“People are going to absolutely love it,” he said.

Most of the showings at the IMAX are sold out for the rest of the weekend.

There are a few early morning showings with available tickets.

Fans dressed in their sci-fi finest for what’s expected to be the movie of the year.