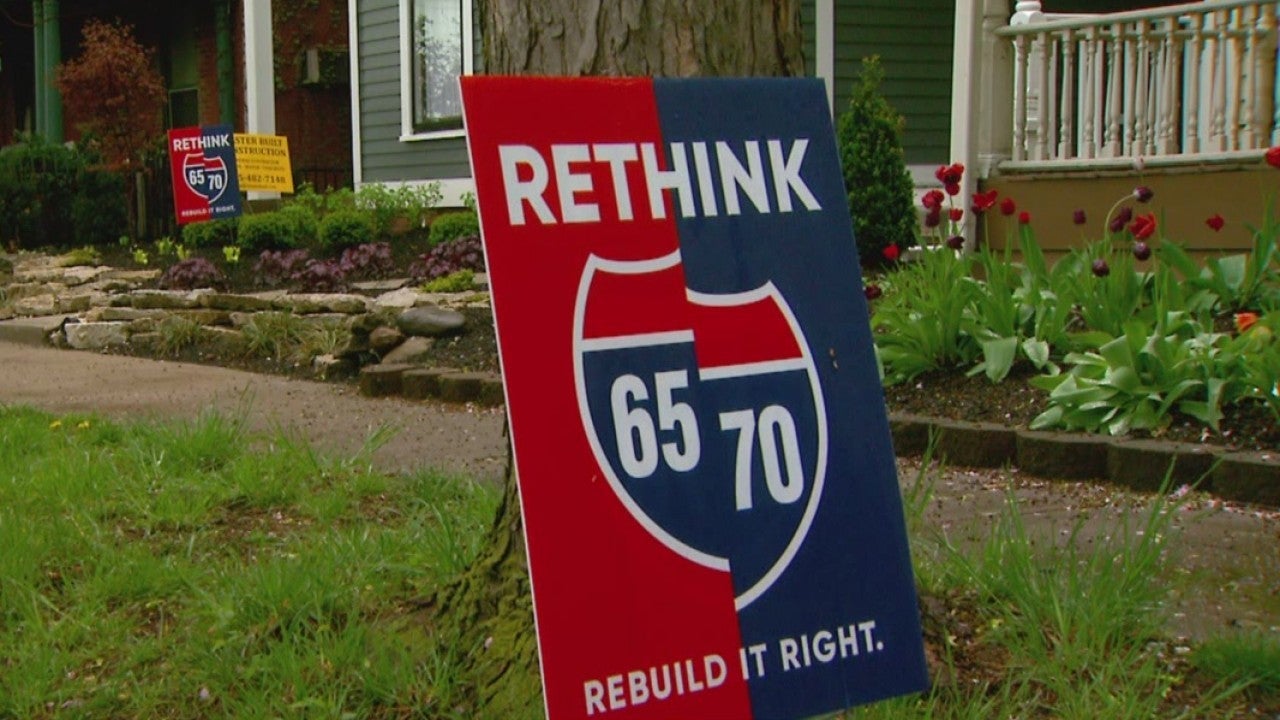 INDIANAPOLIS (WISH) — More than 200,000 drivers on average pass through the North Split each day. The Indiana Department of Transportation (INDOT) is looking to the community to weigh in on the future of the interchange.

The immediate plan is to address bridge and pavement conditions as well as improving overall safety. The department says these improvements will serve as a launch pad for other concerns as an antiquated system gets updated.

Transportation officials met on Thursday to review a study that includes the advantages and disadvantages of various options for improving the interstate system. They’re hoping to look at that information in conjunction with a community conversation.

The North Split is not far from Jim Marron’s home on 11th Street close to downtown.

“Surprising we’ve got decent windows. So it’s not too terrible inside. But out here, it’s an eyesore and it’s loud,” said Marron.

Marron has lived in the area for about four years, far less time than the interstate had passed through but enough time that he’s among the movement asking INDOT to “Rethink 65/70,” with signs planted in yards.

“Let’s actually try to rethink it. Let’s try to do things the right way. This was the right thing 50 years ago, but times have changed,” said Marron.

John Myers, a transportation planning manager with HNTB, an infrastructure solutions firm hired by INDOT, says the first thing that needs to be addressed is safety.

“The bridges are in significant need of work. There are 32 bridges in this project area. The pavement is worn out and needs to be replaced. There’s some operational problems that have been in this interchange since the time it was built,” said Myers.

INDOT is also working on reconfiguring the inner loop system.

“The North Split interchange work needs to be done, and when it’s finished, it needs to tie into the interstates that exist,” said Myers.

Myers presented seven different concepts for what the interstate system could look like. For example, a tunnel system would let drivers who wanted to avoid downtown get north to south or south to north. The tunnel system is the most expensive option, with an estimated cost of up to $5.5 billion.

They’re also considering replacing interstates with boulevards. According to Myer, boulevards would cause heavy congestion.

“We didn’t make a recommendation in this study. It was just a fact-finding study,” said Myers.

For Marron, that’s a relief because he has his own concept.

“Burying it, that would be nice: aesthetics. We wouldn’t have to look at it anymore. It’d be quieter,” he said.

For more on the study and details about the seven different concepts, click here.