Could the Senate race be a Hill/Young rematch? 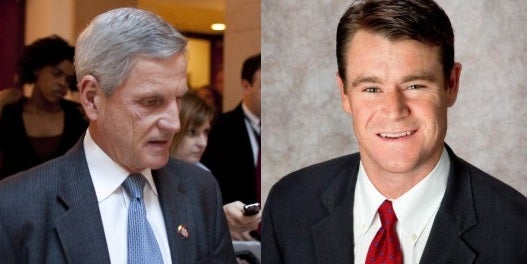 INDIANAPOLIS (WISH) — Baron Hill made it official Wednesday: he is running for the U.S. Senate.

He could be headed toward a rematch with Republican Todd Young.

Young defeated Democrat Baron Hill in a race for Congress in 2010 and some Republican power brokers like the sound of a rematch.

Sitting on the deck outside his northside home, Hill talks about making hundreds of phone calls to measure support for a Senate bid.

“And because I got a positive, good reaction from all those people,” he said, “I decided to jump in.”

“I don’t think much about it,” said Hill. “I let them sort all that stuff out.”

But while Young considers a bid, Eric Holcomb is one of two Republicans who are already campaigning.

Marlin Stutzman is the other and the prospect for a crowded GOP primary in 2016 is good news for Democrats.

“I think Republicans have been on a path of self-destruction,” said State Democratic Chairman John Zody. “But we can’t take that for granted and assume that we’re going to win because of that.”

And Hill may not be alone on the Democratic side. State Representative Christina Hale of Indianapolis is still considering a Senate bid and promises a decision in July.

Hill is working on his talking points.

“For me, it’s a matter of reminding people of who I am and where I came from,” he said. “I’m not just an ex-member of Congress. My mother and father were shoemakers. They raised seven of us kids and I was the last of the seven.”

And his time sitting in the sunshine is about to be cut back in a big way.