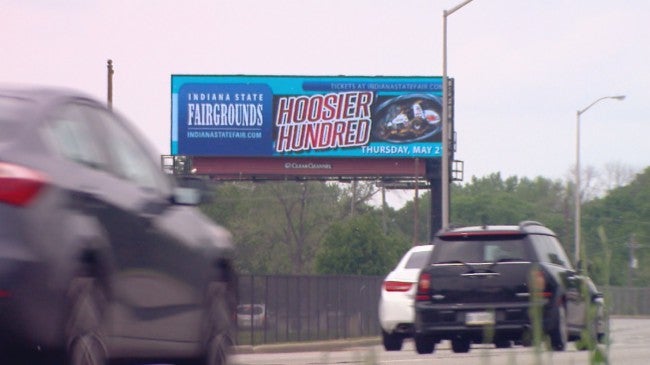 INDIANAPOLIS (WISH) – A group of city-county councilors says they want another set of eyes to take a look at the controversial debate over digital billboards in Indianapolis.

A proposal would’ve lifted Marion County’s ten-year old ban on digital billboards. But neighborhood groups voiced concern about the impact it would have on homeowners.

Dana Scruggs said she’s also concerned more digital billboards would be too much of a distraction on the road.

“They’re quite bright,” she said.

In a statement, the Indy Digital Billboard Alliance said, since 2011, its members “have openly discussed the issue of digital billboards with the City-County Council to solicit their input, address specific concerns and utilize the ordinances of more than 1,000 communities currently allowing digital billboards in crafting draft language. That outreach and education has included meetings with representatives of neighborhood groups over the past year.”

“Mostly, the council just doesn’t do zoning – the council doesn’t do billboards,” said city-county councilor Jeff Miller, a republican who represents District 19.  “So instead, we’re saying ‘ok, let’s let the group that does it – the Department of Metropolitan Development – put this together.”

“I think that’s fair as long as the public is allowed to give their input and as long as we know exactly what we would be getting,” said Scruggs.

“We look forward to the MDC and DMD taking this issue up as quickly as possible,” said Indy Digital Billboard Alliance spokesperson John Cochran during the committee meeting.

The vote means the resolution now moves on to the full council for a final vote.