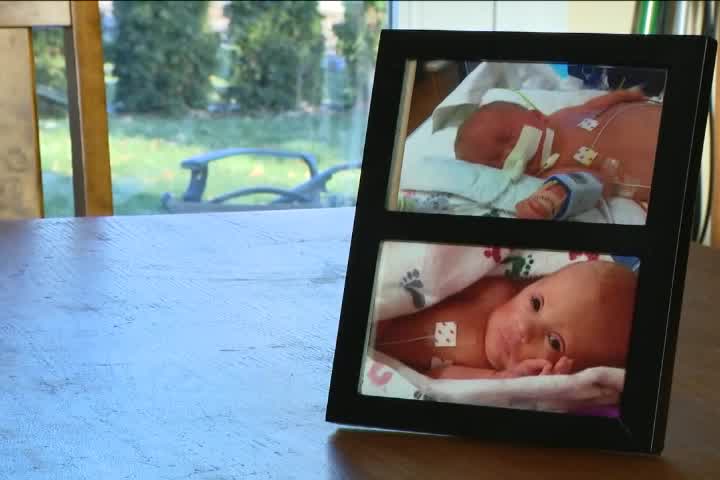 ELMHURST, Ill. (WISH) — An Illinois couple is devastated after burglars broke into their home and stole what they thought was a jewelry box.

The small, decorative box contained the ashes of the couple’s infant son. Now, they are begging for the box to be returned.

“Matt and Billy were twins and Billy was very sick from the beginning. They knew he was sick,” said LaDeur. “So they were both born nine weeks early. And Matt was healthy, even though he was early. And Billy had a lot of problems. So he passed away at ten days old.”

Billy’s ashes were placed on a dresser in the couple’s home as part of a small memorial to him.

But on Tuesday their Elmhurst, Illinois home was burglarized and thieves stole a few things, including Billy’s ashes.

“Billy lives in our hearts. But those ashes, because he was only ten days old and the small memorial we made for ourselves, that’s our connection now in the here and now to him,” said Billy’s father, Jim LaDeur. “It’s all we have of him.”

Sue believes the thieves thought the box had jewelry inside. By now, they should know that it doesn’t and the LaDeurs are hoping they will return the ashes.

“It’s all we have left of our child. Let us have that back,” said Jim.