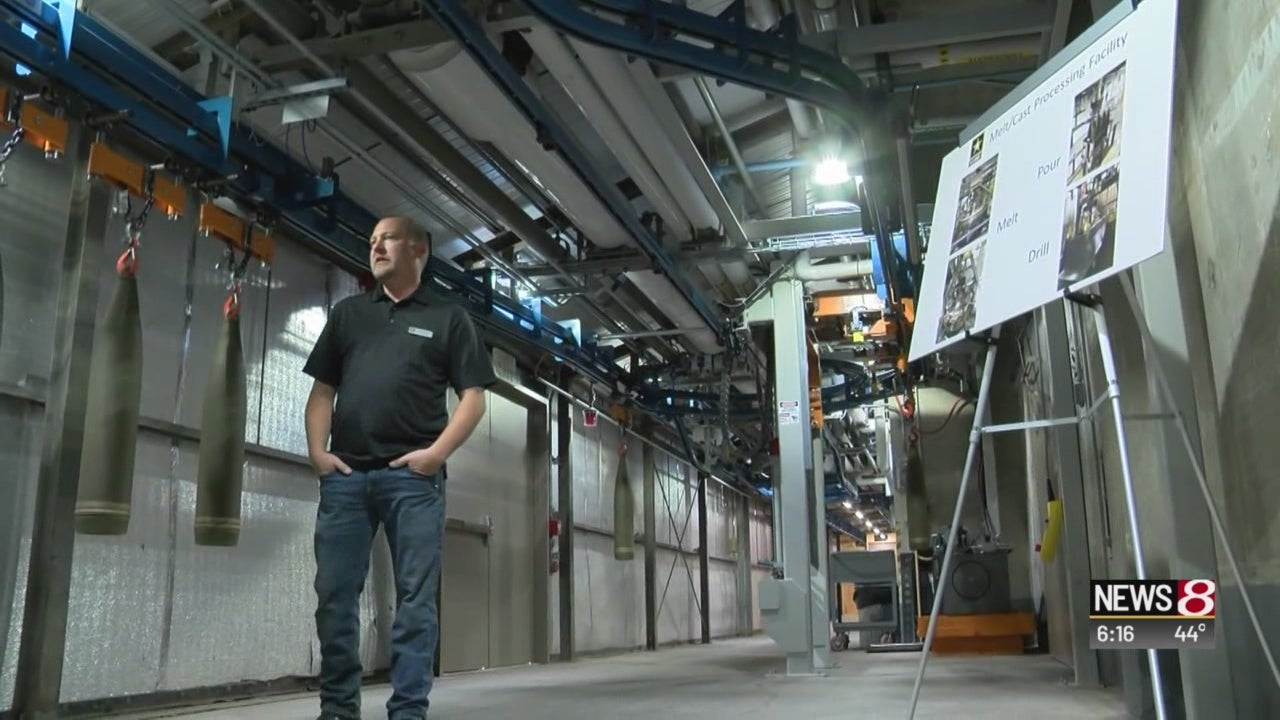 CRANE, Ind. (WTWO) – In a world of innovation and streamlining, the Naval base in Martin County is determined not to fall behind.

Crane Army Ammunition Activity hosted a ribbon-cutting ceremony and tour Wednesday to celebrate a project over three years in the making.

A few years ago, the fate of some of the facilities on the Crane military base was not quite clear.

Tom Long, program manager with the manufacturing and dngineering directorate at Crane Army, said, “These facilities were so bad a few years back we had a colonel that was leaning toward leveling the whole place and getting out of it.”

Fast-forward to now and those facilities from the 1950s are getting a new life after being renovated into the Crane Flexible Manufacturing Complex, where M1122 artillery rounds will now be made from recycled rounds and used in training.

“It’s an artillery round for the troops to train with, so it saves significant dollars over using the full-up rounds,” Long said.

The upgraded facilities allow production to flow continuously through buildings, improving many areas of production.

Col. Michael Garlington, commander of Crane Army, said, “It is an updated modern manufacturing facility that allows us to do many different types of ammunition production and quality assurance so that we get the right ammunition to the war fighter that works the right way the first time.”

Upgrading the facility also helped with safety and made way for more jobs in the future as the base looks to meet growing demands.

Those involved with the project say it is a night-and-day change, a process that represents the hard work put in every day at the base.

Long said, “I think it talks about the ingenuity and the can-do attitude and the support that we’re here for the troops and we know they deserve the best, so we’re gonna give ’em our best, and this is a prime example.”

Crane Army Ammunition Activity said in a statement that it produces and provides conventional munitions requirements in support of U.S. Army and Joint Force readiness. It is one of 14 installations of the Joint Munitions Command and one of 23 organic industrial base installations under the U.S. Army Materiel Command, which include arsenals, depots, activities and ammunition plants.