Crash closes all southbound lanes of I-65 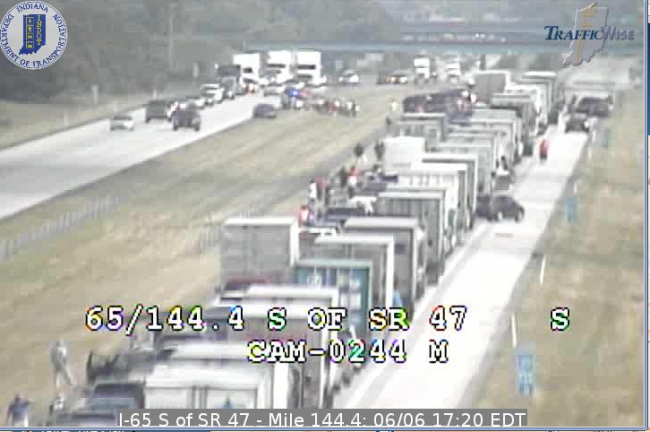 INDIANAPOLIS (WISH) – The Boone County Sheriff’s Department confirmed that there was a vehicle accident on I-65 on Saturday that had shut down traffic.

Officials said that a car was inverted in the road, and that police, fire and EMS were on the scene. The lanes reopened less than two hours after the accident occurred.

According to INDOT, all of the southbound lanes f I-65 near mile marker 143 were closed on Saturday.