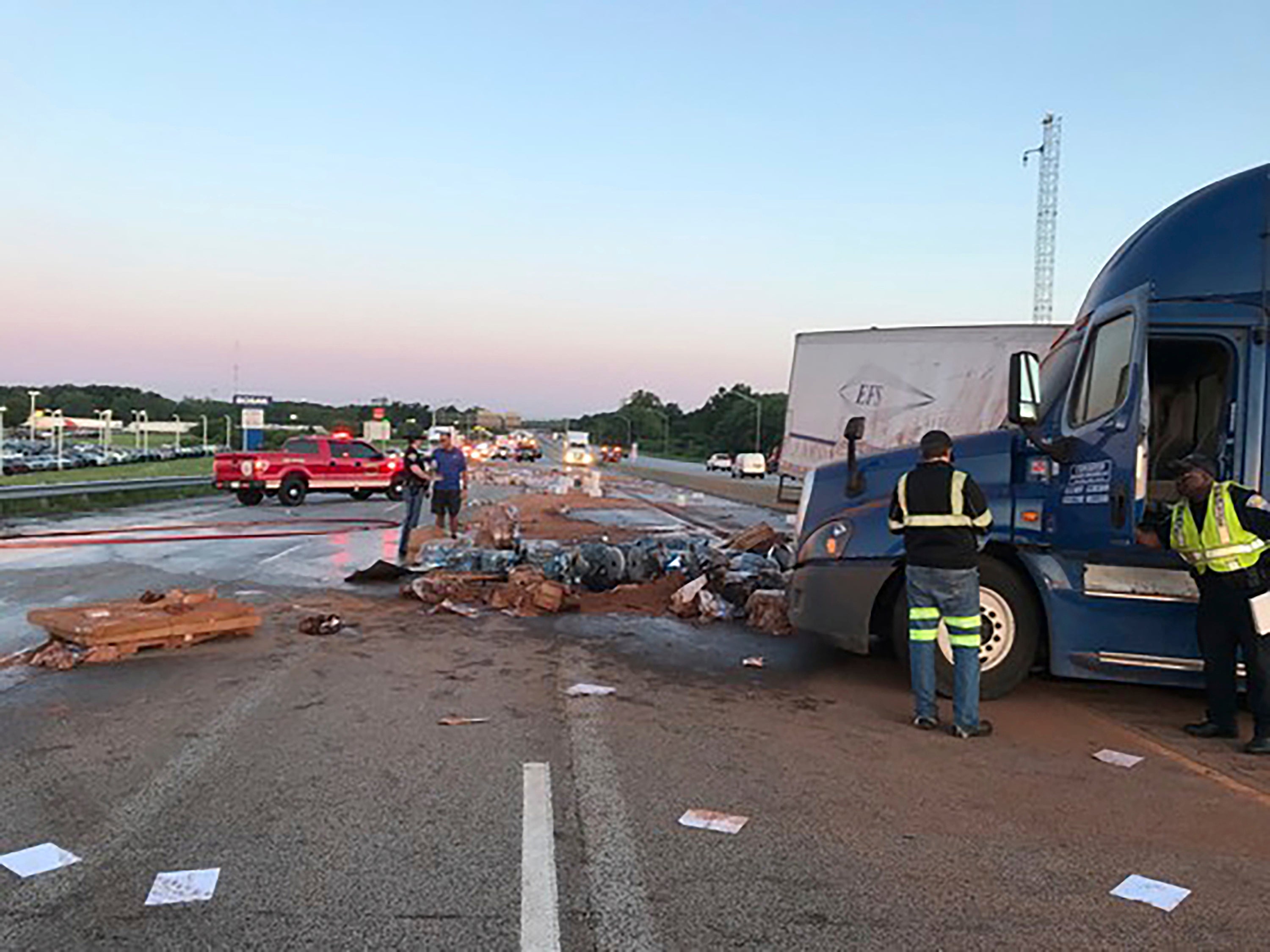 No one was injured in the crash about 3:40 a.m. Friday along eastbound Interstate 94 in Burns Harbor. All eastbound lanes reopened by noon.

Indiana State Police say a truck driven by 70-year-old Radmilo Samardzio of Ballwin, Missouri, pulled over with its hazard lights on so he could get a bottle of water when it was struck by one driven by 57-year-old Steven S. Dare of Hudsonville, Michigan.

Police say a preliminary investigation found Dare reached for something, causing the truck to drift.