Crews on the scene of plane crash in northern Vigo County 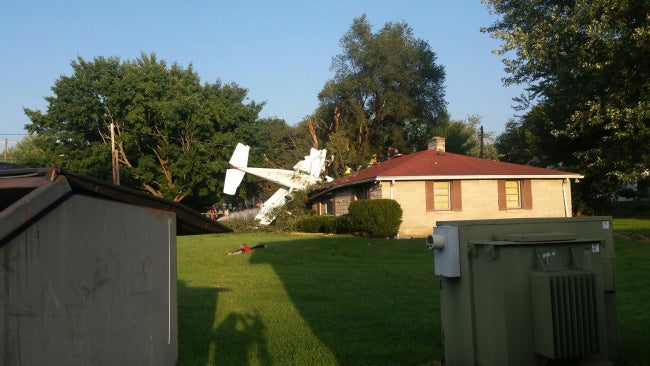 VIGO COUNTY, Ind. (WTHI) – Emergency crews are on the scene of a plane crash in northern Vigo County.

It happened just after 7:00 near Rosehill Avenue and Clinton Street.

That is near Sky King Airport.

Our crew on the scene says a plane crashed into a house near the airport.

Officials told News 10 two people were removed from the plane and airlifted to hospitals.

Nobody was inside the home at the time of the crash.

Sources have told News 10 the plane was a 1980 Cessna 172N registered to William Patrick O’Neill.

It’s unclear if he was flying or even inside the plane at the time.

Our source says the plane was a training plane.

We will keep following this developing story and bring you more information as soon as it becomes available.