Crews respond to barn fire in Danville, 1 taken to hospital in serious condition 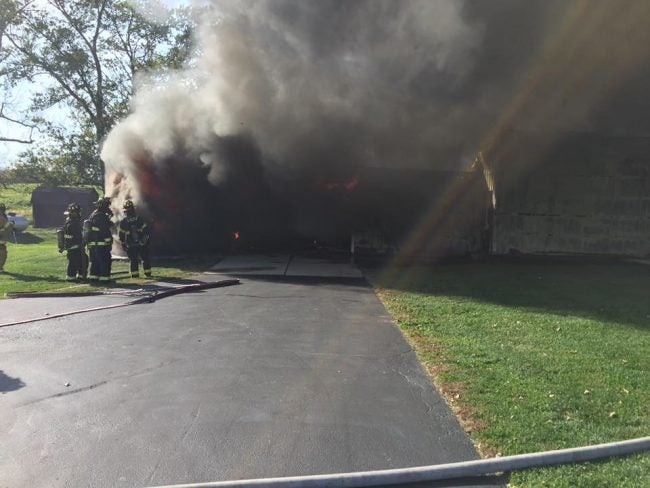 DANVILLE, Ind. (WISH) – One person was seriously injured in a fire in Danville Saturday afternoon.

According to the Danville Fire Department, the fire occurred at a barn in the 1300 block of South County Road East around 3:30 p.m.

Crews initially responded to a call of a barn fire with explosions and injury.

The injured person was transported to Sidney & Lois Eskenazi Hospital.   A firefighter was also injured as crews battled the flames, but was treated and released on scene.

Crews were able to get the flames under control and eventually extinguished the fire.

The cause of the fire is currently under control.