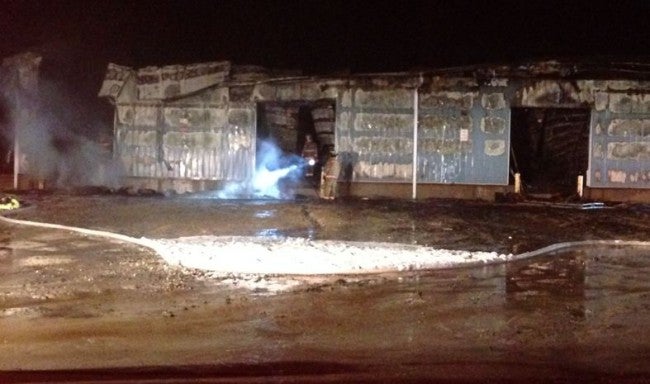 GAS CITY, Ind. (WISH) — Fire crews were called to a fire at the Frito Lay warehouse on Friday morning just after 3 a.m.

According to Gas City police dispatch, fire crews were called to the Frito Lay warehouse in the 6000 block of Industrial Drive after a passerby called in the fire. That’s just off of Interstate 69 at the 259 miler marker.

Gas City Fire Chief Dave Linn told 24-Hour News 8 that the building was fully engulfed when crews arrived to the scene. Mutual aid was called in to the Upland Fire Department. During the initial attack firefighters treated it as a grease fire using foam spry instead of water to put out the flames.

Product in the building caught fire causing it to spread quickly. Luckily no one was inside the building when the fire started.

“The metal building really made it intense,” said Linn. “It was full of product which was highly combustible between the cardboard and all the potato chips. It made for a really hot and dangerous situation.”

Linn said they believe the fire was caused by an electrical issue.