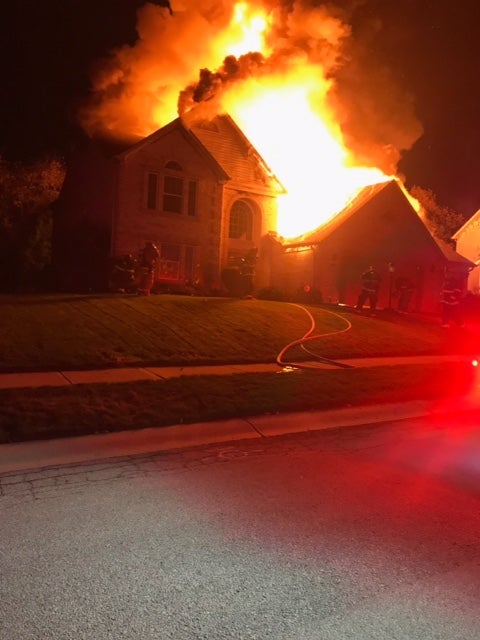 According to the Fishers Fire Department, crews were called to the 11000 block of Timberview Drive around 3 a.m.

Firefighters were able to able to get the fire under control about 45 minutes after arriving on scene. The fire has since been extinguished.

Three individuals inside the house at the time time of the fire were able to successfully escape the structure unharmed.

The house is being referred to as a “near total loss.”

It is currently unclear what caused the fire. It remains under investigation.