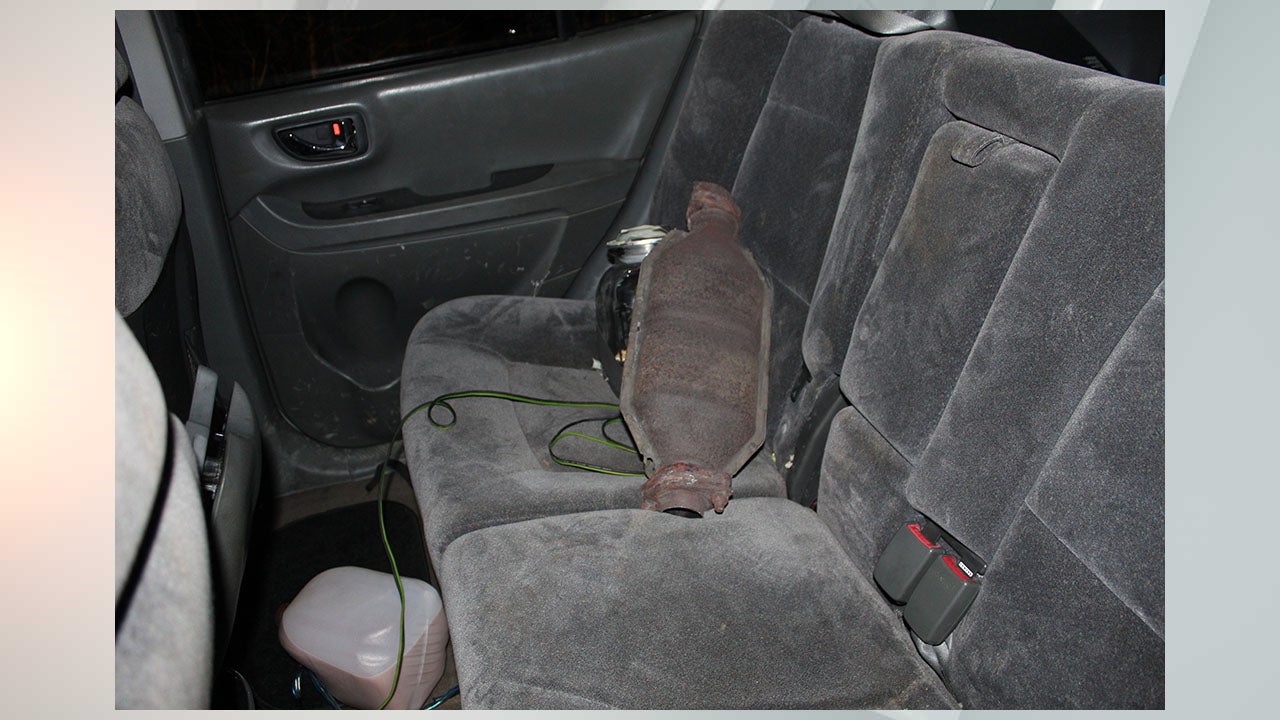 Cameron McDougalle will face charges of theft, criminal mischief, two counts of resisting law enforcement, and a count of operating a motor vehicle without a license, according to online court records. His initial hearing is set for Wednesday afternoon in Marion Superior Court 33.

Indianapolis Metropolitan Police Department detectives about 2 a.m. Wednesday spotted McDougalle’s vehicle, which was believed to be involved in the thefts. Detectives tried to stop the vehicle in the 1800 block of National Avenue, on the south side just a few blocks east of the I-65 interchange for South Keystone Avenue. However, McDougalle lost police at the South Split of I-70 and I-65, IMPD said in a news release. Police later found McDougalle near the intersection of McCarty and Shepard streets on the near-west side off I-70, and took him into custody a few blocks away.

IMPD was unable to share a jail-booking photo for McDougalle on Wednesday afternoon.

Catalytic converters help prevent harmful exhaust by turning pollutants into harmless gasses, according to Cars.com. Insurance companies say the converters can be sold to scrap yards for about $200; repairing one taken from a vehicle can cost up to $2,000.

“The quick actions by responding officers and the thorough follow-up investigation conducted by detectives further demonstrates their commitment to the City of Indianapolis,” IMPD said in the release.