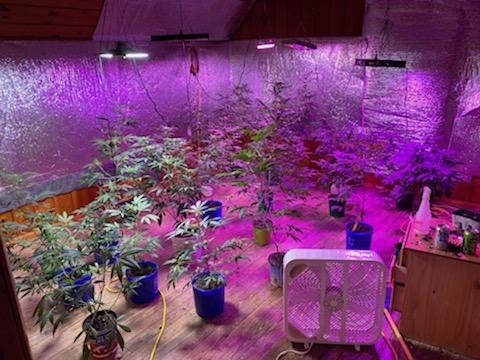 LYNN, Ind. (WISH) — A marijuana growing operation was discovered and two people were arrested in Lynn, Ind., after authorities were called to investigate shots being fired in the area.

Randolph County deputies were called Thursday to the area of 650 South and 400 West on reports of shots being fired. Workers building a nearby solar farm were concerned they were being targeted by a person shooting a rifle, authorities said.

Officers learned the shots were fired from a home in the 6400 block of South 400 West in Lynn. That’s a town in eastern Indiana near the Ohio state line.

Deputies made contact with two people inside the home. Due to a strong marijuana smell, the deputies requested a search warrant. The request was approved and deputies searched the home. Inside they found an indoor marijuana growing operation.

Clinton Hummel, 31, and Amy Jo Kelly, 28, were arrested. They are both facing marijuana, possession of paraphernalia, and maintaining a common nuisance charges.