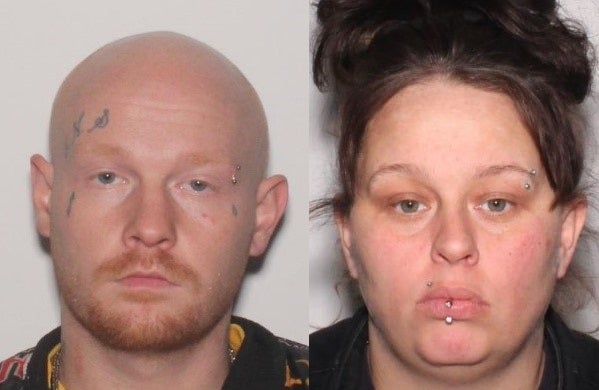 The Indianapolis Metropolitan Police Department announced the arrests of 30-year-old Frank Smith and 37-year-old Danielle Alford in the case.

According to federal court documents, Alford purchased a rifle and a shotgun from an Indianapolis pawn shop on June 3. After she bought the guns, a pawn shop employee overheard Smith say that he couldn’t wait to put stickers on his gun.

On an ATF form, Alford checked “yes” to the question “Are you the actual transferee/buyer of the firearm(s) listed on this form?”

Smith, with prior felony convictions for robbery, theft, battery and intimidation, is prohibited from owning a firearm.

IMPD said an “AR style rifle,” a shotgun, two handguns and five pounds of synthetic marijuana were confiscated by officers.

Smith, charged with unlawful possession of a firearm by a prohibited person, faces up to ten years in prison and a $250,000 fine.

Alford is charged with unlawfully providing false information in connection with the purchase of a firearm.