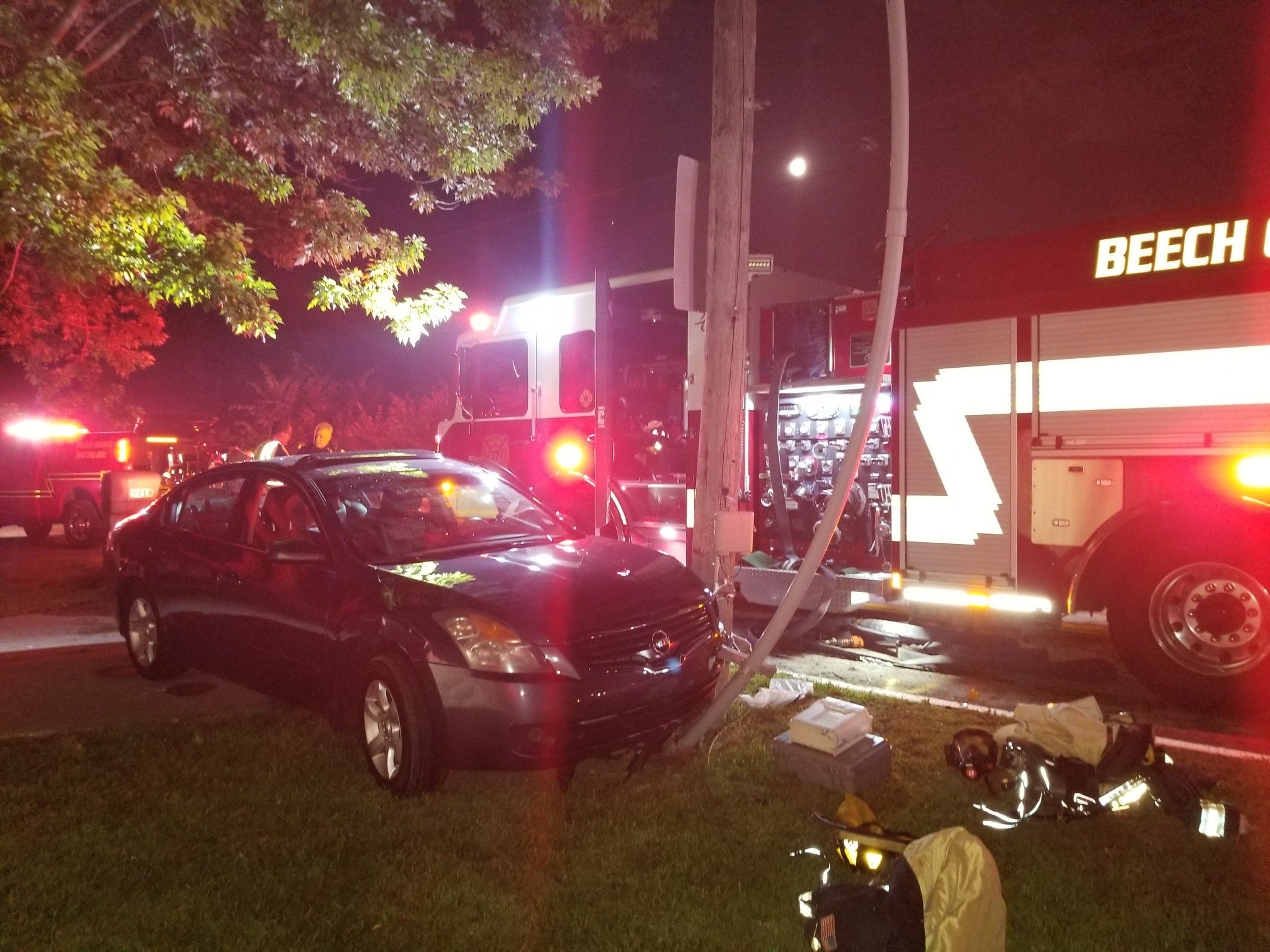 BEECH GROVE, Ind. (WISH) — Four firefighters with the Beech Grove Fire Department were hospitalized after they were struck by a suspected impaired driver while responding to a trash fire Saturday night.

According to BGFD Capt. John Bishop, fire crews were called to the 5900 block of East Troy Avenue Saturday just after 10 p.m. on reports of a trash fire.

As the crew was deploying a hoseline a suspected impaired driver struck the equipment and then struck four firefighters.

All four firefighters were taken to IU Health Methodist and have since been released from the hospital with minor injuries.

The identity of the driver has not yet been released. According to Beech Grove Mayor Dennis Buckley, the driver of the vehicle was arrested at the scene.

No other details about the incident were immediately available.