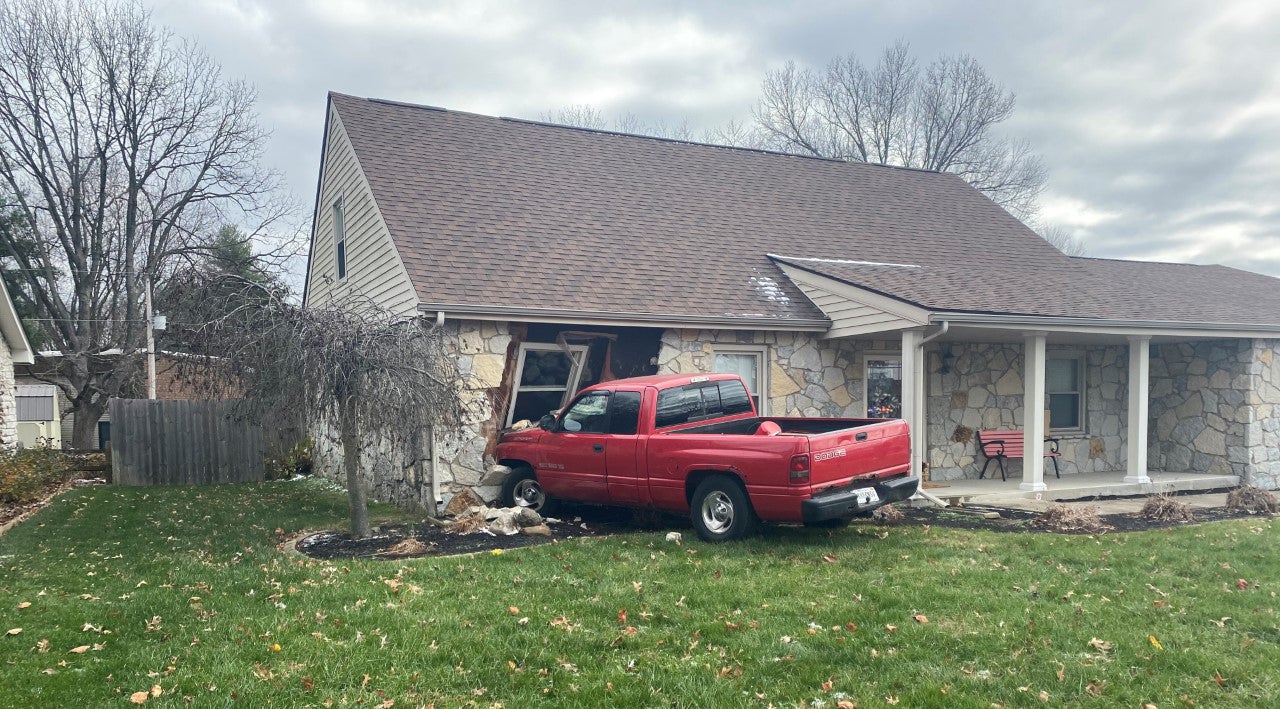 COLUMBUS, Ind. (WISH) — A 54-year-old Columbus woman was cited after she said she was unable to stop her truck and crashed into a house, according to Columbus Police Department.

Police were sent to a report of a vehicle that crashed into a house about 11:30 a.m. Tuesday in the 3100 block of Flintwood Drive. That’s off 25th Street east of Taylor Road on the city’s east side.

No injuries were reported, but a photo from the police department showed significant damage to the home.

Denise L. Bruton told police she was driving east on Chapel Drive when she had a brake problem and could not stop her truck. It continued east across Flintwood Drive and struck the home, which was occupied at the time. She was cited with driving while suspended with a prior conviction, and operating a vehicle without insurance.