Addicts ‘discouraged’ by lack of options for uninsured 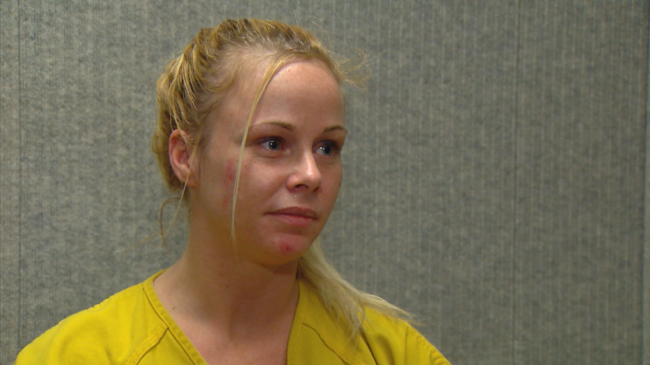 INDIANAPOLIS (WISH) – Katie Miller had been behind bars for about a week when we spoke with her.

“It all started as a child,” Katie said.

It’s not Katie’s first time behind bars, but still, she says it’s hard.

“It’s something that you just crave, you want, you need,” said Katie.

She has no access to her own mother, Kimberly, who we sat down with the day before.

“She came to me asking me for help. She was afraid she was going to use heroin,” said Kimberly.

A recovering addict herself, Kimberly knew the urgency of Katie’s plea.

“I was like, ‘Mom, I’m done. I can’t take it anymore. Enough is enough.’ And she’s like, ‘All right, we’re going to do this.’ And I finally surrendered myself. It was about to be so much easier from here,” said Katie.

“It kind of discouraged me to get any help at all because if it’s this hard then why don’t I just go back to my hard life of using drugs instead of trying to get help? It’s going to be hard either way,” said Katie.

Sure enough, It didn’t take long for Katie’s worst fear to come true. Soon, one of the most addictive drugs out there was coursing through her veins daily.

“Helplessness. Powerlessness. Because I can help so many others but yet I can’t help my own child,” said Kimberly.

It’s a story that’s common among addicts. According to the Centers for Disease Control, 60 percent of heroin users don’t have insurance. Most private inpatient rehab clinics cost $500 a day, simply unaffordable for most. And centers like the Salvation Army’s Harbor Light Center that do offer free treatment are often so crowded they’re only able to offer seven or 10 days. Most addicts need at least 90 days.

“We don’t treat other diseases, other chronic medical diseases the same way,” said Kim Manlove, director of Indiana Addictions Issues Coalition. “Addiction is a chronic medical disease of the brain. It’s been accepted by the American Medical Association for more than a decade as that, not unlike diabetes or cancer or heart disease.”

Manlove says even addicts with insurance are usually only covered for accute care like detox and a 12-step program.

“The piece that hasn’t been funded is that extended care piece. That is crucial to establishing and maintaining recovery,” said Manlove.

There are more medications available that help recovery. And there’s more interest from insurance companies to extend coverage.

Manlove says the progress is thanks, in part, to the heroin epidemic for elevating the discussion.