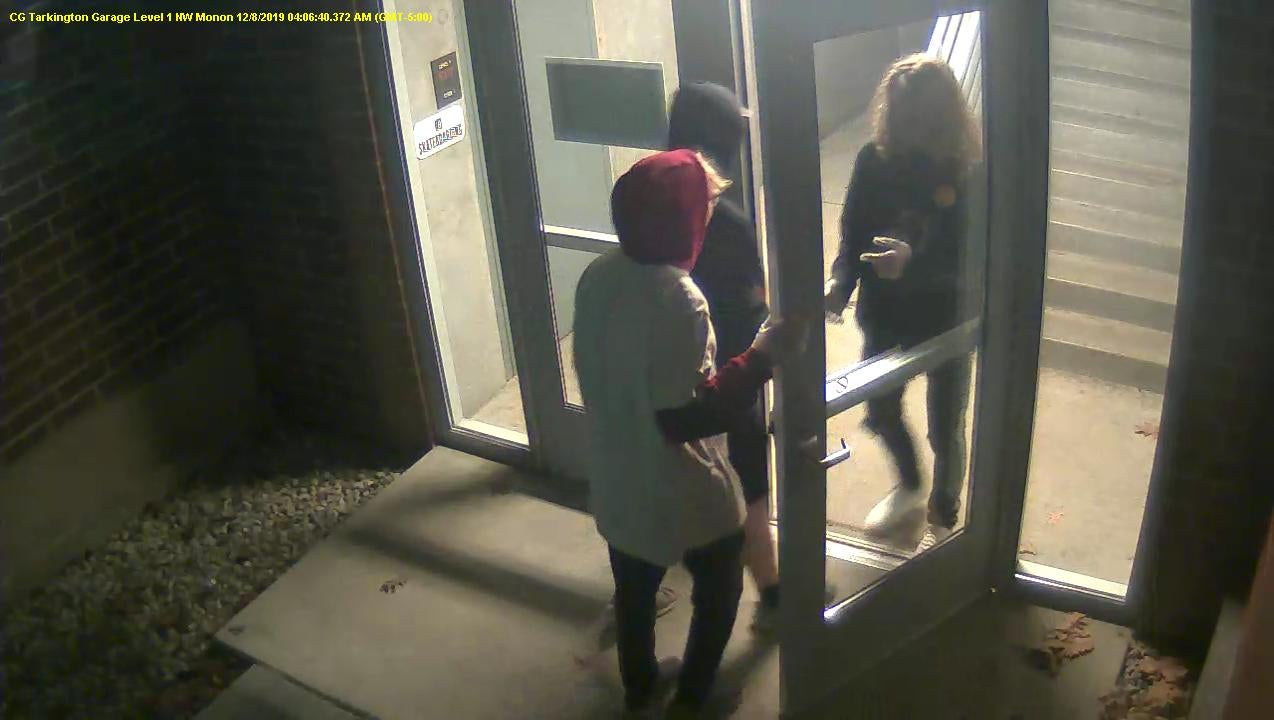 UPDATE: Carmel says the suspects in the vandalism of a Christkindlmarkt store have been identified. No additional information was released.

CARMEL, Ind. (WISH) — Carmel police are seeking help to identify suspects in the vandalism of a Christkindlmarkt store.

A store at the temporary, seasonal market was damaged so significantly early Sunday morning that it could not open for business, police said.

Security camera footage captured images of people believed to be involved in the vandalism:

Anyone with information about the identities of the people in the photos is asked to call the Carmel Police Department at 317-571-2580.