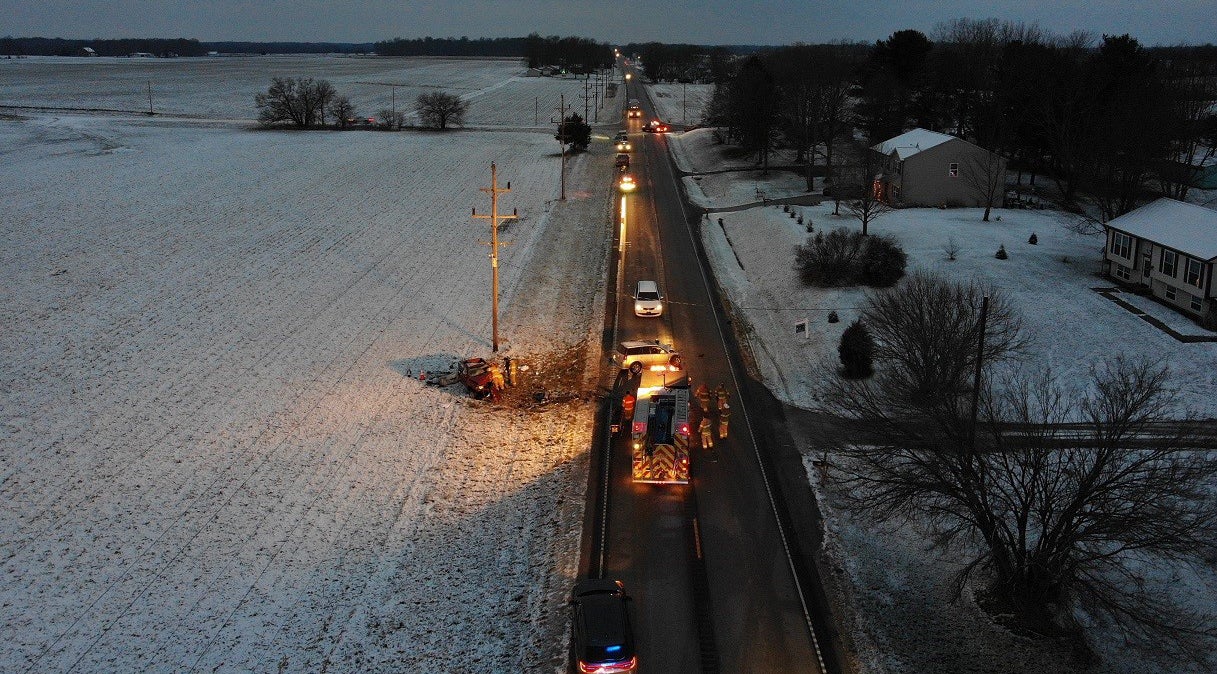 Clinton County Central Dispatch in Frankfort received a call shortly after 6:10 a.m. Thursday about the crash on State Road 26 near County Road 1000 West. That’s west of the community of Edna Mills in the northwestern portion of the county.

Troy Trent, of Bringhurst, died in the crash. He was driving a 1993 Ford Ranger east on State Road 26 when a westbound 2004 Saturn Vue driven by Kiera Williams, 23, of Lafayette, hit his truck in the eastbound lane. The Vue was attempted to pass another vehicle not involved in the crash.

Alcohol is believed to be a contributing factor in the crash, authorities said.

“The Ford Ranger came to rest in a plowed field on the south side of the roadway.  The Saturn Vue came to rest in the middle of State Road 26,” said a news release from Ashley Kelly, matron with the Clinton County Sheriff’s Office.

Williams and her passenger, Quincy Smith, 25, of Lafayette, were taken by ambulance to IU Health Hospital in Lafayette for treatment. Williams was later transported to Methodist Hospital in Indianapolis. Williams’ condition was not given in the news release.

The Clinton County Prosecutor’s Office will review the crash to determine if criminal charges will be filed.