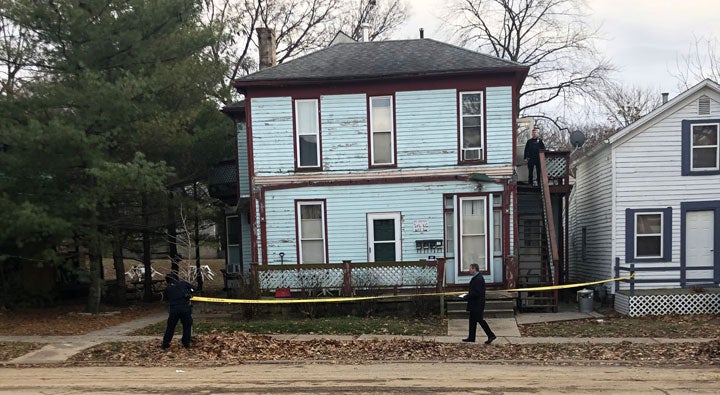 Lafayette police are investigating what they call “a suspicious death” in a house located on the 600 block of Alabama Street, which sits near the Tippecanoe County Public Library.

Avolt said the preliminary cause of death is multiple sharp force trauma. She said the gentleman endured a traumatic death. According to his body’s decomposition, she rules the man was dead in the home for a couple of weeks.

She found stab wounds on his head, neck, chest, abdomen and both the victim’s hands and feet.

The coroner’s office is waiting on DNA results that were rushed to Indianapolis Sunday morning. Once those are received they will release the name of the victim.

The autopsy was 9 a.m. Sunday. The official cause of death will become available in four to six weeks after a toxicology test.