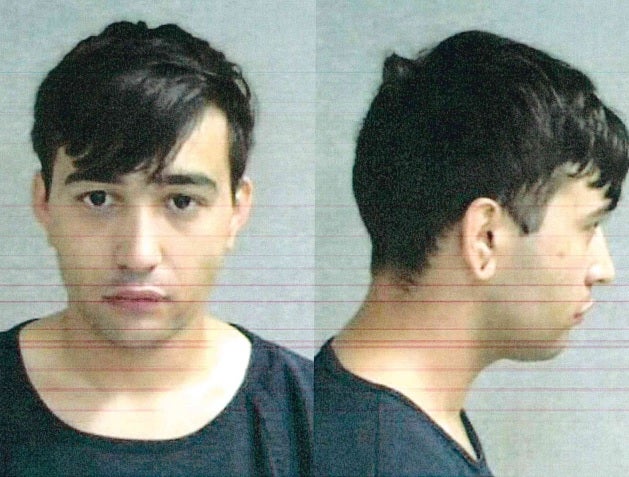 MUNCIE, Ind. (WISH) — A Muncie man is facing eight felony charges after admitting to pushing his girlfriend’s young son down the stairs.

Police arrived to a residence in the 2400 block of West 10th Street in Muncie on October 8 after receiving a call for a boy who was unconscious after falling down the stairs.

He was taken to Ball Memorial Hospital before being transported by helicopter to Riley Hospital for Children at IU Health in Indianapolis.

Doctors found him to have two subdermal brain bleeds. Additional marks were found on his face, buttocks and scrotum.

He was put into a medically-induced coma and is in “grave” condition, according to court documents.

Pediatricians and other hospital personnel believed the injuries “were not likely to be caused by an unprovoked fall down stairs without a more plausible explanation.”

Riviera-Manship originally told police he called 911 within five minutes of the fall occurring. When he spoke to officers again later, he admitted to lying about the incident, including not calling 911 until 13 minutes after it happened. Officers examined his phone and discovered he had repeatedly tried to call the boy’s mother prior to calling 911.

He told officers that while on the stairs, he got into an argument over what the boy would eat. He said he got “overwhelmed and eventually forcefully pushed the 3-year-old child backwards down the stairs and that he went unconscious upon striking the ground,” according to court documents.

He then admitted to more abuses over the previous two months, including shaking the boy, slapping him on his body and hitting him in the scrotum area because “the child had hit him in that area and stated that he hit the child back in his penis area essentially in a rough manner to try to show the child that it hurt.”

Online court records do not yet list an initial appearance date.

Online records indicate Riviera-Manship was charged in April 2020 for auto theft, burglary and criminal mischief. His jury trial in that case is currently set for April 2021.