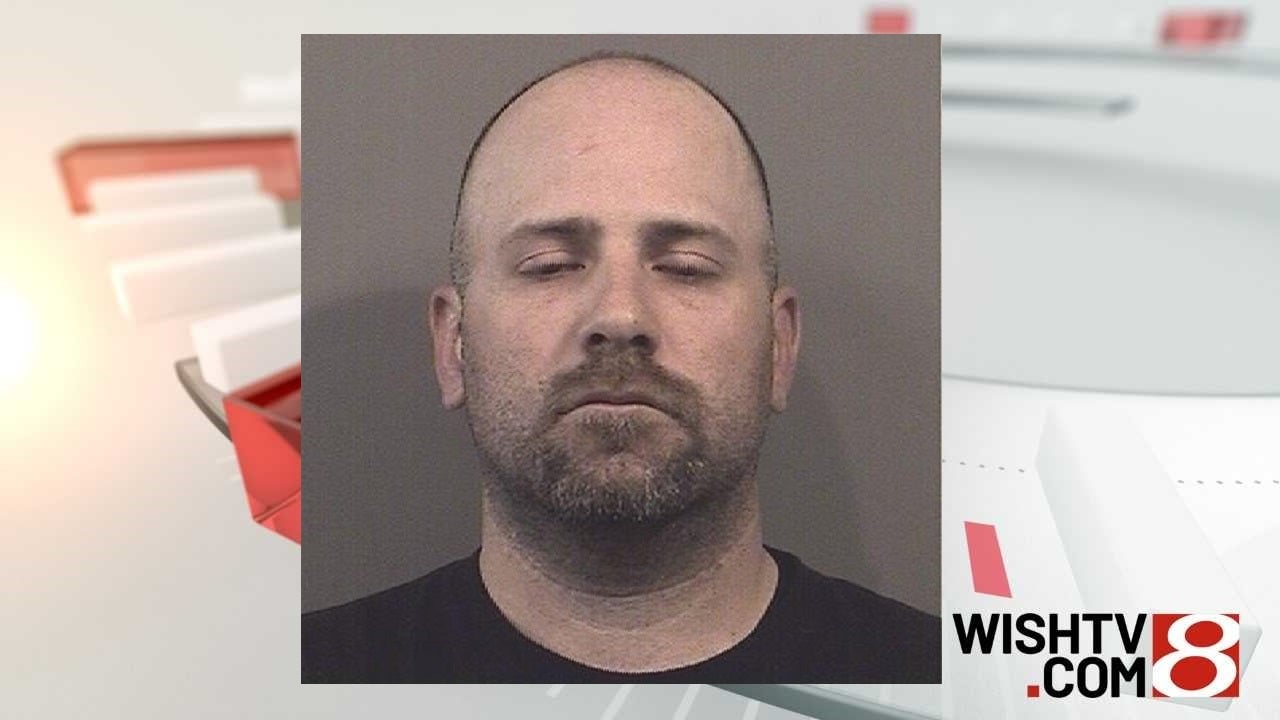 Brandt Summit, 35, was arrested on charges of public intoxication, resisting law enforcement and pointing a firearm.

Johnson County Prosecutor Bradley Cooper says pointing a firearm is a level 6 felony and punishable by up to 2.5 years in jail. If convicted, the charge also carries up to a $10,000 fine.

Summit started with Martinsville Police Department in 2015 as a reserve officer and became a full-time officer in 2016, according to the department.

Greenwood police were called to an event space called Bay Horse Inn, located at 1468 W. Stones Crossing Road, Saturday around 1:20 a.m. on a report of an intoxicated male in the parking lot with a firearm. Craft Night on Draft Night, a concert with a performance by Trace Thompson, was held on the patio of the Barn at Bay Horse Inn that night, the event space confirms.

An officer with Greenwood Police Department told told arriving crews he had found two men in some woods on the property. Branson Lee, who police say came out of the woods with his arms raised, told police he and the other man, later identified as Summit, were both Martinsville police officers, according to the charging documents.

Officers ordered Summit out of the woods, but he walked farther away from them, prompting a perimeter and K-9 unit, charging documents say.

Lee told police that Summit left the concert they were attending, and Lee followed him toward the woods. That’s when they got into an argument, and Lee took two of Summit’s three firearms, Lee told police.

Police eventually found Summit lying on his back under a bush near the barn event space. Officers order Summit not to move, but he rolled to his stomach and reached toward his back before putting his hands above his head and being taken into custody, charging documents say.

Summit was taken to the Johnson County Jail, where his preliminary breath sample registered as .238, nearly three times the legal blood alcohol content threshold in Indiana.

Later Saturday morning, a woman called police to say she was the wife of a band member and had heard a loud argument as she was helping her husband pack up his drumming equipment. When she approached the men arguing, Summit pointed a handgun at her and said “back the f–k up,” the woman told police. She said she later saw Summit point the gun at his own wife, who she said was pregnant, and at another male, according to the charging documents.

According to charging documents, she called police later Saturday morning to report the incident and say that she wanted to press charges against Summit.

“We don’t tolerate that type of behavior,” Chief Long with Martinsville Police Department said. “Wearing a badge doesn’t give someone the right to just go out and do anything.”

“When you have alcohol and a firearm involved that can obviously have deadly consequences,” Cooper said. “So that’s very important. When it comes to law enforcement especially over the last couple of years, it’s important that the citizens of Johnson county can trust their police department.”

Below read the full statement released by Martinsville Police Department before they confirmed his termination:

A Martinsville police officer is placed on administrative leave pending further investigation after an incident in Johnson County on Friday night.

The Greenwood Police Department arrested Officer Brandt Summit for public intoxication and resisting law enforcement. This arrest stems from an incident at a bar in Greenwood that led to a disruption, causing local authorities to be called.

Officer Summit was taken in to the Johnson County Jail, where he will be released on bond Saturday afternoon. The Martinsville Police Department has taken his patrol car and will collect his belongings from the Greenwood Police Department on Monday.

“We will look into this like we look into any incident,” Martinsville Chief of Police, Matt Long, said. “We’re cooperating with the other agencies and can appreciate them doing their job.”

“We don’t tolerate that type of behavior,” Chief Long said. “Wearing a badge doesn’t give someone the right to just go out and do anything.”

Amanda Cottingham, who owns The Barn at Bay Horse Inn, released a statement on Monday night:

On Friday evening my staff was cleaning after an event inside The Barn at Bay Horse Inn when it was brought to our attention that an altercation had taken place in front of the facility. The unfortunate events that transpired are alarming to all of us at The Barn at Bay Horse Inn. We take necessary measures to ensure guests who attend events at our venue may do so with peace of mind, and we pride ourselves on operating a safe and hospitable environment. I’m proud to say that we have hosted more than 300 events and not once have we encountered this type of incident. Reckless and irresponsible behavior is not tolerated at our venue and we will remain dedicated to upholding this standard. I especially want to thank local law enforcement for the manner in which they handled this incident. Their quick response prevented this individual from harming himself and others during this senseless altercation and for that we are extremely grateful. We will continue operating and maintaining a safe and friendly environment, and we look forward to the many events still to come this year.