Franklin Twp teacher accused of sex with student, planning robbery to get rid of evidence 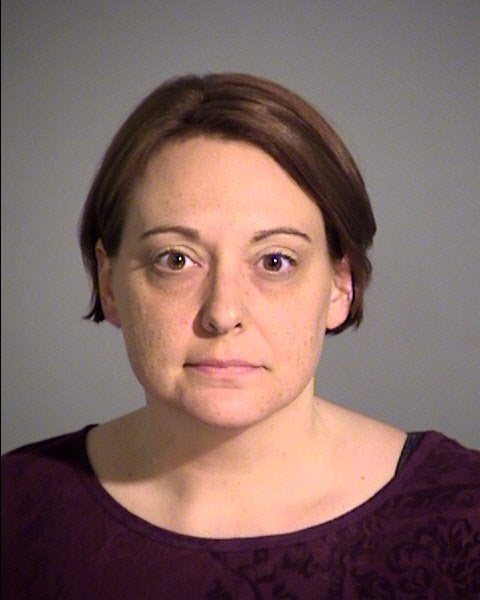 INDIANAPOLIS (WISH) — This is an update to a story that WISH-TV has been following since the beginning of the investigation back in April. On Tuesday, police arrested former Franklin Central High School math teacher, 38-year-old Kathryn Hagan. Hagan is accused of having sex with a student, fondling another and then planning a robbery to get rid of the evidence.

WISH-TV is the only station that spoke to the victim and his mom. Initially they were concerned because all of the evidence; text messages and emails, had been deleted. Deleting the evidence is something they say Hagan pushed her victims to do to cover up her tracks. But, investigators were able to do an analysis of the electronics, and found, what they believe to be, pretty telling information.

Text messages and emails are where investigators say the damning evidence comes. At the center of it, a 17-year-old boy. WISH-TV wants to protect his identity and his mom’s, so we’re not showing their faces or publishing their names. The victim says it started when his math teacher started tutoring him.

“She was there to help. But, I guess it was just for her own satisfaction,” he said.

The teen said not long after, things progressed. He went to Hagan’s house for dinner, while her husband was home. The victim says Hagan gave him a Xanax pill for a headache. A few days later, on March 31, court documents indicate the student and teacher had sex in Hagan’s home.

“It made me sick to my stomach and in fear for my son and my family,” said the victim’s mom.

According to the court documents, the texting continued. In one, Hagan allegedly texts the victim “I need to get laid sometime soon.” She also allegedly brags about a hickey. Investigators say they pulled a picture from Hagan’s phone with a bruise on her neck.

The documents indicate communication between Hagan and the 17-year-old stopped the day before his mom went to police, a week after the alleged sex, on April 7. That same day, Hagan, a licensed algebra teacher resigned.

“She took this beyond what we see on everyday news of a teacher student sexual relationship. This has gone a totally different direction. It went a very dangerous direction,” the victim’s mom said.

The same day she resigned, Hagan bought a gun, according to the documents. She texted another student, encouraged him to take the gun and give it to another person to commit robberies. The goal was to steal the evidence; the cell phones. The documents go on to say Hagan even encouraged them to steal more than just the phones, to make the robbery more believable.

“She shouldn’t be able to teach at all. She should be behind bars and be considered a child rapist,” said the victim.

In  a statement, the Franklin Township Community School Corporation said:

The Franklin Township Community School Corporation (“FTCSC”) has learned that criminal charges have been filed against former FTCSC teacher, Ms. Kathryn Hagan. Ms. Hagan was hired by the school district in January of 2017 and cleared a full criminal history check prior to being employed. On April 7, 2017 we were shocked to learn of these allegations. We immediately contacted law enforcement and her employment with the district ended the same day. We are fully cooperating with the police investigation. The safety and welfare of our students remains our utmost priority.