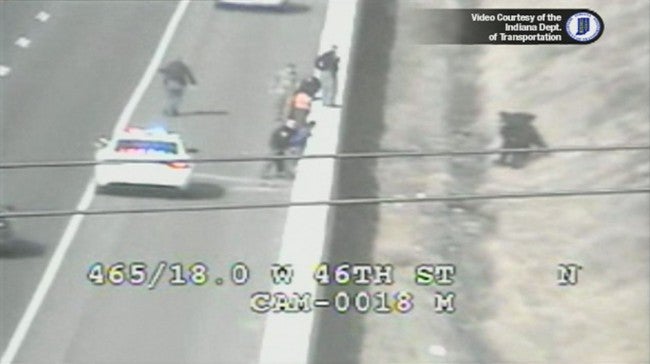 INDIANAPOLIS (WISH) – Additional charges have been filed against two men involved in a chase, crash then a man welding a gun on Interstate 465 on Friday.

Police say they found a glass jar that had what they believed to be marijuana, across the concrete barrier from the crash scene. They say that Andrews threw the jar out when he exited his vehicle.

On Friday, on the city’s west side police had to shut down the interstate after Rodriguez rammed his car into the vehicle being driven by Edwards and then held Edwards at gun point until police could arrive on the scene.

Police say Edwards had an outstanding Marion County warrant for an armed and dangerous robbery. He also had a second outstanding warrant from the state of Georgia for aggravated assault. Both men were transferred to Sidney & Lois Eskenazi Hospital for examination.

ISP said the investigation is still ongoing and they are working with Indianapolis Metropolitan Police Department to determine what lead up to the chase and crash.