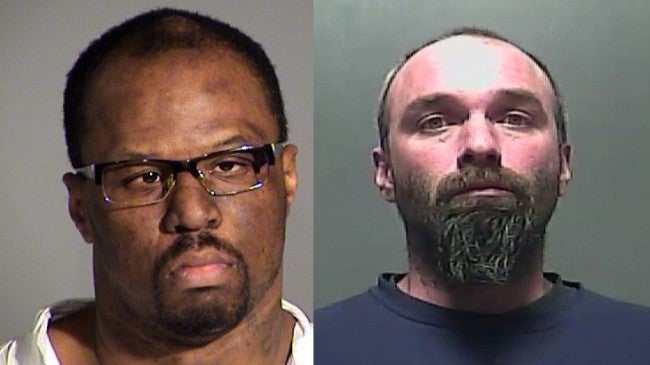 Damian Coleman and Shawn Hammons, both 40 years old, are being held in the Hancock County jail without bond.

Prosecutors said Coleman and Hammons killed 55-year-old Shannon Kitchens back in March, as they tried to rob him during a drug deal.

Defense attorneys asked a judge to set bail while prosecutors argued the suspects should not have the chance to be released before trial.

Prosecutor Brent Eaton said it’s the prosecution’s job to convince a judge there’s strong evidence that proves the suspects are guilty. Eaton said he needs to show less proof than he will at trial, but more than the probable cause needed to charge someone.

If the judge sides with the defense and does set bail, it will still likely be a very large amount of money because the charges are so serious.

Coleman and Hammons both face murder, robbery and several other charges.

Prosecutors said the two suspects planned to rob Kitchens during a drug deal, but ended up shooting and killing him. In court documents, investigators said Hammons admitted to panicking and dumping Kitchens’ body in Hancock County.

The hearing was at 9 a.m. It was scheduled to last up to three days, but instead it has been pushed back to June 27.