I-70 traffic stop uncovers 100 kilograms of cocaine, 130 pounds of marijuana 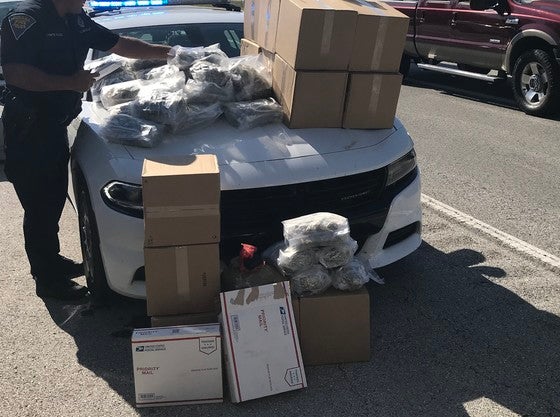 CLAYTON, Ind. (WISH) – A Michigan man is under arrest after a traffic stop uncovered approximately 100 kilograms of cocaine and 130 pounds of marijuana.

According to Indiana State Police, a trooper pulled over a semitractor-trailer for a commercial motor carrier compliance check just before 3:00 p.m. on Interstate 70 near the State Road 39 exit.

During the stop, the trooper noticed indicators of potential criminal activity. A search was conducted, which revealed multiple aftermarket hidden compartments inside both the tractor and the trailer.

ISP said approximately 100 kilograms of cocaine was located in the compartments inside the tractor. Inside a false wall in the trailer, approximately 130 pounds of high-grade marijuana was discovered.

The driver, 52-year-old John Jay Jackson was arrested and transported to the Hendricks County Jail. He faces preliminary felony charges of dealing cocaine, possession of cocaine, dealing marijuana and possession of marijuana.