INDIANAPOLIS (WISH) — Randal Taylor, the chief of Indianapolis Metropolitan Police Department, said Tuesday night he does not support giving control of the IMPD oversight board to civilians without police ties.

“As we make changes, as pendulums move, and they should indeed move, you can also move too far to one side,” Taylor said.

It’s the first time the IMPD chief expressed an opinion on Proposal 237, which was passed Tuesday night by the Indianapolis City-County Council’s Public Safety & Criminal Justice Committee. The full City-County Council will take up the proposal on Oct. 12.

A number of large corporations in the city support the measure.

Proposal 237 would take ultimate oversight of the department from its current three-member General Orders Committee to a seven-member board that would include four people with no ties to police at all. Two of them would be appointed by the mayor’s office. Two more would be appointed by the City-County Council. The police chief would continue to select two members of the board with the Fraternal Order of Police selecting one member.

It’s that majority voice from civilians that Taylor said might be a problem in an exclusive interview with News 8 after the meeting.

“I would prefer it to be a majority sworn,” the police chief said.

Taylor on Tuesday night told the Public Safety Committee the proposal could dramatically change his ultimate oversight. “Now, I’ve only been the chief for just nine months but I’ve made some changes to the department. I’ve worked on transparency.”

The police chief said going from no civilians on the board to a majority in one move might be too far. “As currently written, yeah, I would prefer us to start a little slower.”

He added if he doesn’t get his way, that’s OK, too. “I’ll work with it. It’s hard for me to say I’m totally against it because I’m all for civilian input.”

Taylor also said he does feel supported by both Mayor Joe Hogsett and many members of the City-County Council who have reached out.

Asked about the possibility that convicted felons could serve as civilians on the IMPD oversight board, the police chief said, each person should be considered on a case-by-case basis with crimes like some drug offenses from rehabilitated addicts seen in a different light from more violent offenses.

Others were more forceful about the proposal.

The Republican City-County Council members, who are in the minority, pointed out Proposal 237 would allow people who are convicted felons to be selected for the IMPD oversight board while explicitly barring current or former members of law enforcement or immediate family members to be selected as civilian members.

Republican Councilor Paul Annee said, “This is just the first chip in an overall effort to defund our police department or as some would like to say, reimagine it.”

Another forceful reaction came from Rick Snyder, president of the Indianapolis Fraternal Order of Police No. 86: “This proposal is putting convicts over cops and their families.”

Supporters of Proposal 237 said otherwise. They said it’s designed to provide accountability and other perspectives to the process from civilians. Sponsors of the bill pointed to civilian requirements that include completing IMPD’s Citizens Academy — it’s a free, 12-week course designed to provide a behind-the-scenes look at the work of local first responders — and having 24 hours of ride-alongs with officers in the first three months of selection. They also must do an additional 16 hours of ride-alongs in subsequent years.

Democrat Councilor Keith Potts said, “This is by no means a takeover or an attempt by this council to police the police but rather we’re opening up the process.”

Another Democrat councilor, Dan Boots, said, “We are not defunding anybody. The last budget item I looked at had $7 million more dollars going to the IMPD.”

The 18 co-sponsors of Proposal 237 on the council had important allies in the audience, with major employers including Eli Lilly & Co., Cummins, and Salesforce, voicing their support.

Jon Mills, the director of external communications for Cummins, said, “Part of our core values have been a part of the community’s, working to ensure that communities are stronger than when we arrived.”

Mills told News 8 he hopes the companies’ weighing in makes a difference. “When a few companies do show leadership others will come to the table as well. It’s the right thing to do.” 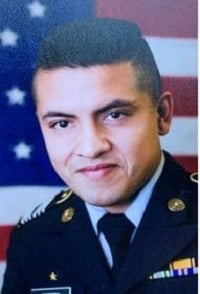