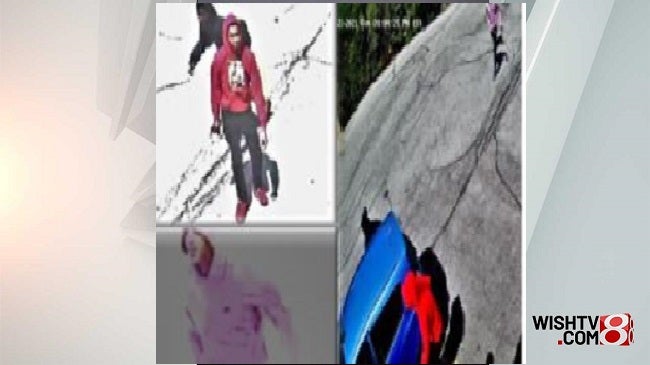 INDIANAPOLIS (WISH) – The search is underway for three carjacking suspects.

According to Crime Stoppers, the carjacking took place on Aug. 22, just after 1 p.m., in the 5600 block of Georgetown Road.

After commandeering the victim’s vehicle, the armed suspects left the scene.

All three suspects have been described as black males who were wearing skinny jeans. Additionally, police said one suspect was wearing a pink hoodie, another wore a red hooding and the third suspect wore a black hoodie during the carjacking.