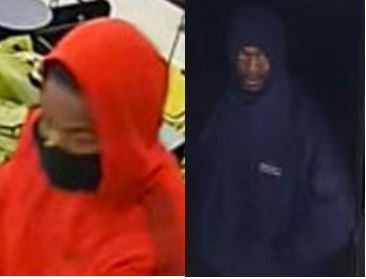 INDIANAPOLIS (WISH) – The Indianapolis Metropolitan Police Department is asking for the public’s help in the search for two people wanted for robbery.

On Nov. 14, 2020, one of the suspects entered the Dollar General at 2001 West Washington Street, walked up to the registers and demanded the register to be opened, according to Crime Stoppers.

The second suspect stood outside and acted as lookout for the robbery.

After the robbery, both suspects fled the scene on foot.

Anyone with information on the whereabouts of these suspects is asked to contact Crime Stoppers at 317-262-8477.