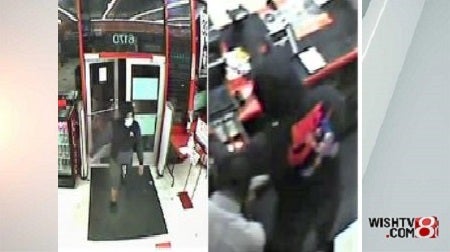 INDIANAPOLIS (WISH) – The search is underway for a suspect wanted for robbery, according to Crime Stoppers.

The organization said the suspect entered Auto Zone in the 6100 block of East 46th Street on Sept. 8 around 9 p.m.

The suspect then proceeded to pull out a black handgun, went behind the counter and began taking money.

Following the robbery, the suspect left the scene going east toward Shadeland Avenue on foot.

The suspect is described as a black male, who was wearing a black hoodie with gray sleeves, dark shoes and a mask at the time of the robbery.