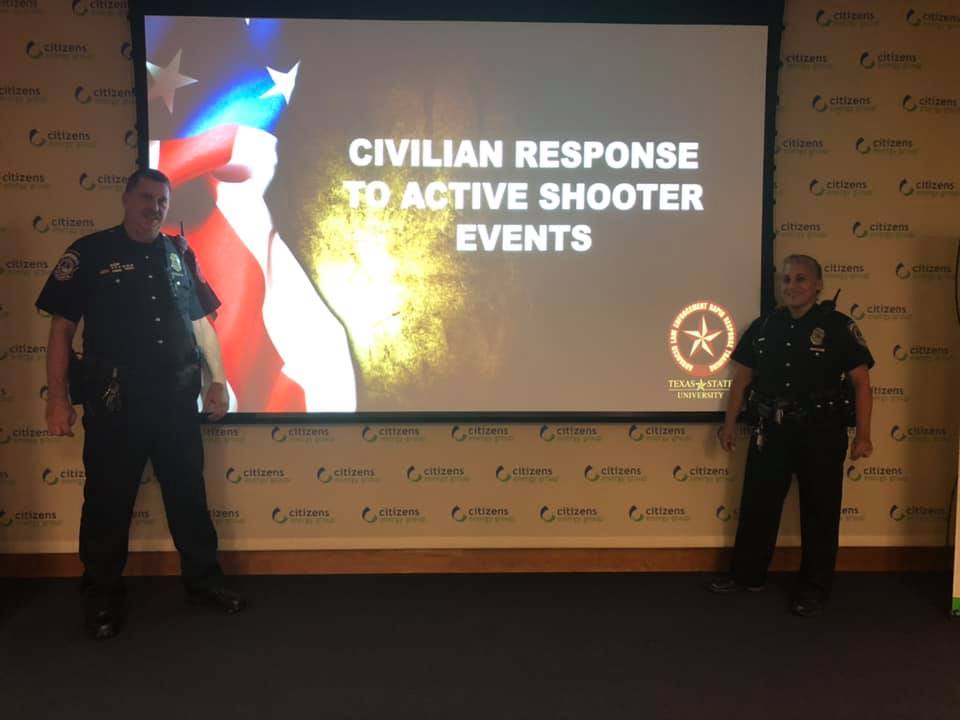 INDIANAPOLIS (WISH) — Two events in coming days will give people information on how to respond to an active-shooter situation.

The Indianapolis Metropolitan Police Department will have a Civilian Response to Active Shooter Events (CRASE) class from 6-7:30 p.m. Wednesday at the Girls Scouts of Central Indiana headquarters, 7201 Girl Scout Lane.

“This course is built on the Avoid, Deny, Defend (ADD) strategy developed by ALERRT (Advanced Law Enforcement Rapid Response Training) in 2004. We will provide strategies, guidance and a proven plan for surviving an active shooter event,” the IMPD Northwest District said in a Facebook post.

IMPD Northwest District also said in a Facebook comment, replying to questions from Facebook commenters, that the CRASE presentation includes audio from the 1999 Columbine High School shooting and attempted bombing in which two 12th-grade students murdered 12 students and a teacher. Due to the subject matter, IMPD said, children younger than 13 should not attend. Children ages 13-17 may attend with adult supervision, the Facebook post said.

During a presentation at the Burris Laboratory School last week, students as young as 11 years old listened to the clip of a 911 call placed during the Columbine High School massacre in a CRASE presentation. Parents were not contacted prior to the presentation with information about the training content, according to the mother of a Burris Lab student.

The class at the Girls Scouts headquarters is free, but people planning to attend should send an email to IMPD Northwest District Officer Madeline Green at madeline.green@indy.gov.

Another group, One Congregation One Precinct (aka OneCOP), will have a public event next week to train leaders of places of worship how to deal with active shooters, according to the IMPD Northwest District Facebook page. That event, called “Would Your Congregation Know What To Do?” will be from 3-6 p.m. Sunday at the Indianapolis Hebrew Congregation, 6501 N. Meridian St. For more information on that event, call (317) 939-6700.