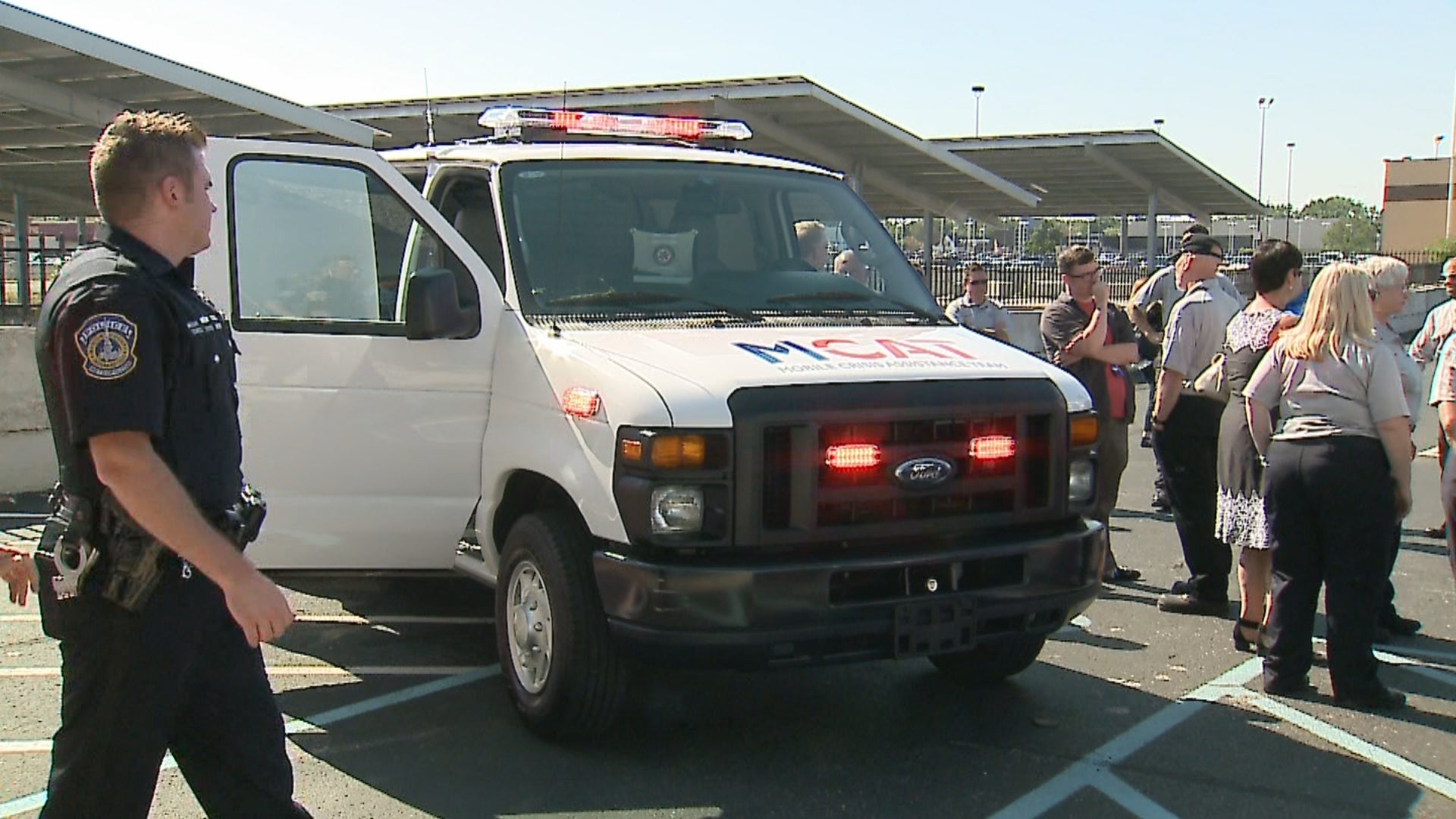 INDIANAPOLIS (WISH) — One of the newer units of the Indianapolis police department received renewed focus on after a standoff and shooting a week ago. The unit’s job is to respond to mental health crises and prevent them from escalating into violence. The Mobile Crisis Assistance Team (MCAT) launched in August 2017. Through Monday, the team has recorded 3,182 runs to address people having a mental health crisis. They say this resource has not only had a positive effect on those struggling with mental health, but also has had an impact on public safety. MCAT specializes in assisting people with mental health issues. “We can go out to barricaded subjects in crisis and things like that all the way down to just a person who is feeling kind of depressed and maybe needs some connection to resources,” said MCAT officer Justin Toussing. The officers of the MCAT unit are called as needed. They partner with Sidney & Lois Eskenazi Hospital, where a clinician can help people get follow-up care based on their assessments and needs. “Some people are more difficult to help out and get resources for than others because the nature of mental illness and substance abuse. I mean people have a tendency to be a little unpredictable,” said Cynthia Donel, a mobile crisis clinician. The unit gets called out on average three times a day. “I think that it has shown to be especially useful by how frequently we are utilized by district officers,” Toussing said. Officers say by having a response team for nonemergency mental health issues, it has freed up a lot of resources for other units and departments. “MCAT has been able to alleviate a lot of that burden from district officers and EMS (emergency medical services) as well and attack it from a different angle,” Toussing said. Only 4% of the MCAT unit’s runs have resulted in an arrest. “We are not about taking people to jail. We are not about getting people into trouble. We are about getting people into treatment so that they can lead successful and happy lives,” Toussing said. “The better you are at getting to people where they are, the more likely they are to be able to accept that help,” Donel said. The unit says they get a lot repeat calls. They say by having a specialized group of officers who respond and are often familiar with the person in crisis, it allows them to quickly control the situation and get them the help they need. The Mobile Crisis Assistance Team “helps the city just in terms of keeping the rest of the population safe and to keep that person safe,” Donel said. The MCAT unit can be called at 317-327-6314.