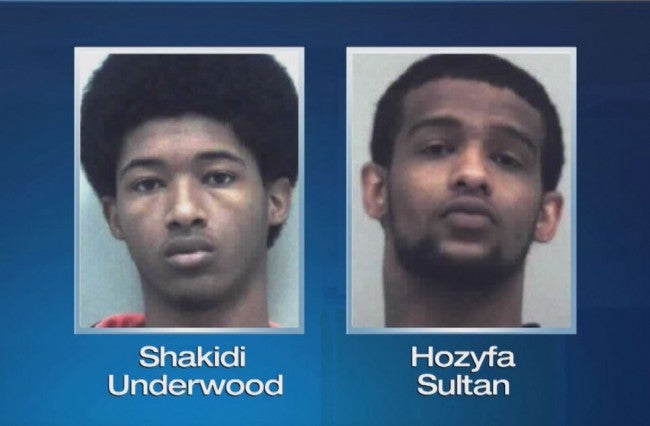 FORT WAYNE, Ind. (WANE) – Police in Georgia said it was just a coincidence that two men wanted for murder in Fort Wayne were both arrested Monday in Gwinnett County, Georgia, more than 600 miles from home.

Just before 10 a.m. Monday, 18-year-old Shakidi Underwood was booked into the Gwinnett County jail in Georgia, just outside of Atlanta.

Underwood has been on the run since July for the murder of 30-year-old Melvin Palmer. His 16-year-old brother, Kamari Underwood, is behind bars in relation to the same murder. Another teen, 16-year-old Vicxon Gray, was also arrested in connection to Palmer’s death.

But Shakidi’s time avoiding police came to an end during a routine traffic stop in Lawrenceville, Georgia. His sister, 22-year-old Porshanique Shaquay Johnson, was driving the car when she was pulled over for making an illegal turn. Johnson didn’t have a driver’s license with her, but police were able to find out her license was suspended. Police also smelled marijuana coming from the car and found out it belonged to Shakidi and when police asked his name he lied.

“When they asked him for his driver’s license or identification he said he didn’t have any and when the officers asked him what his name was he said, ‘I don’t have a name’,” Gwinnett County Corporal Michele Pihera said.

Eventually Underwood gave up the information police were looking for.

“When the officer went back to his car that’s when he noticed in the national database that Mr. Underwood was wanted for several charges in the state of Indiana and those charges were robbery and murder,” Pihera said.

Just four hours later, 24-year-old Hozyfa Sultan was booked into the same jail. Sultan is wanted for the murder of 20-year-old Brandon Washington. Washington and another man were shot in the 5000 block of Plaza Driver last month. Just 12 hours after Washington was murdered, his brother, 21-year-old brother Larry Washington, was shot and killed.

FBI agents and other agencies worked together to arrest Sultan in a residence without incident. More information about Sultan’s arrest is expected to be released by police Tuesday.

Both men will be brought back to Indiana soon.