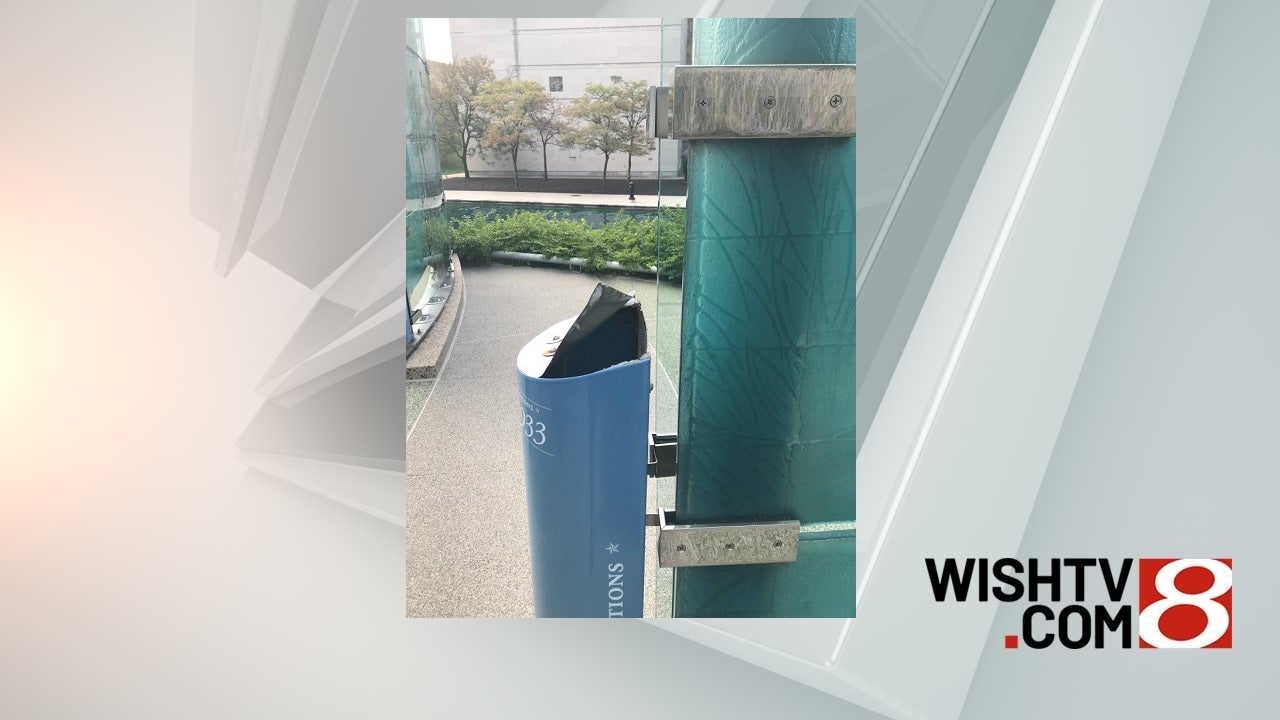 The memorial pays tribute to 3,462 Medal of Honor recipients representing 15 conflicts. The memorials 27 curved class walls are etched with the recipients’ names, their branch of service and the location of their heroic actions.

Up to three people may have damaged the memorial on the downtown canal across from the Indiana State Museum, police said. A maintenance worker noticed the damage to a pillar on Sept. 9.

Authorities viewed surveillance footage and saw a man on video damaging the memorial just before 11 p.m. Sept. 7. A few seconds later, three men were spotted gathered around the damaged pillar.

Damage has been estimated at $300.

“We had specifically the one individual come up to this pylon here and, from the video footage, it appears that he may have bent this back in an act of vandalism,” said Scott Alexander, a master officer with the Capitol Police.

According to Alexander it doesn’t appear to be an accident, “The video also looks like he was laughing about it,” Alexander said.

He said this goes beyond an act of vandalism. “It is about respect and it is about the solemnness of this memorial, the people’s whose names grace these panes of glass and the sacrifices that they have made.”

“What may seem like simple fun, sometimes when you are young you don’t think about things like this and how important a place like this is,” Alexander said.

Nothing was stolen and no one was hurt, but people who frequent the canal were disgusted after hearing what happened.

“It is a shame that we can’t have significant things like that without kids just like ruining it because they don’t know the significance of it,” said downtown resident Jenea Parrott.

Lauryn Flynn said, “It doesn’t sit right. There is a lot of art here. I wouldn’t have guessed that that would happen here.”

Anyone with information on the case was asked to contact the Capitol Police at 317-234-2131.