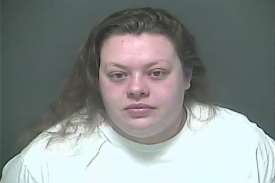 SHELBY COUNTY, Ind. (WISH) – A former jail officer at the Shelby County Sheriff’s Department has decided to plead guilty to suspicion of trafficking with an inmate charges, according to court records.

Jerrica Kirby 24-year-old was arrested in February after department officials say she provided tobacco and the use of her phone during her work hours to 28-year-old Michael Corley who is a jail inmate.

Kirby worked at the jail for two years, according to the news release.

Kirby is scheduled to be sentenced on Dec. 10.