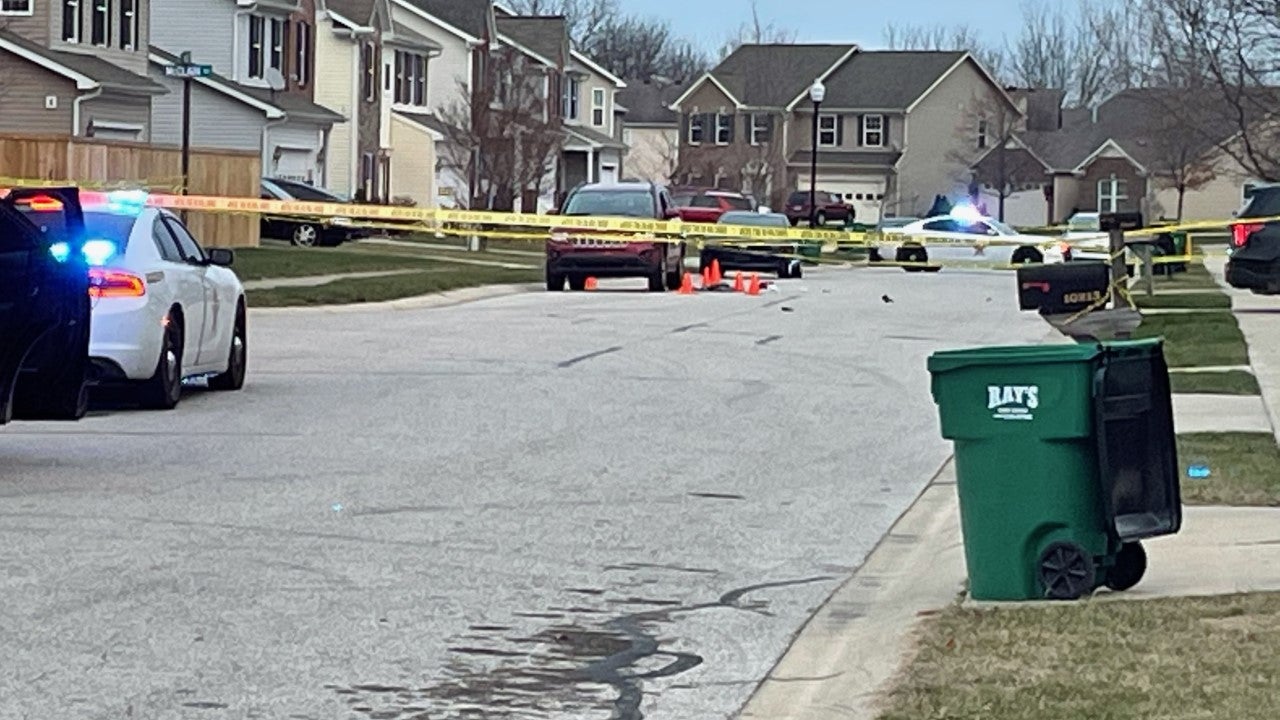 BROWNSBURG, Ind. (WISH) — A juvenile was seriously injured Tuesday in a shooting in a Brownsburg neighborhood.

Deputies from the Hendricks County Sheriff’s Office were called to the 10200 block of Haag Road — that’s a residential area near North County Road 1000 East and East County Road 650 North — just after 3 p.m. for a person shot on Haag Road, Capt. Amanda Goings said at the scene.

Two people were inside a vehicle when another vehicle approached and someone opened fire from that vehicle. A juvenile in the first vehicle was shot and taken to an Indianapolis hospital in serious condition, Goings said.

At least one residence was also struck by gunfire, but no other injuries were reported, Goings said.

The suspect vehicle is described as a black, four-door car, possibly a Chevy Impala with paint peeling off the roof.

Goings said detectives on Tuesday were speaking to neighbors about shooting.

HCSO released these photos of the suspect’s vehicle: