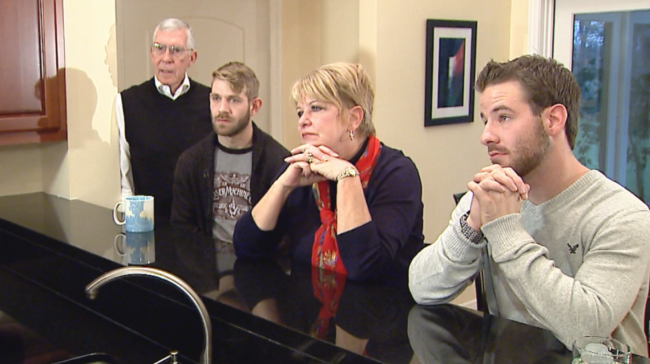 OLDENBERG, Ind. (WISH) – The heroin crisis has touched one state lawmaker in a personal way, and she’s doing something about it.

Rep. Cindy Ziemke, R-Batesville, is sharing her story in the hopes that it will help others.

Standing around the kitchen in the family home the Ziemkes are the picture of a close knit middle class family, but they’ve got a sad and scary story to tell.

“Sean was saved by Narcan over two years ago,” she said about her 25-year-old son Sean Ryan, “when he overdosed on heroin.”

It happened at home, and it convinced Sean that he was addicted to heroin, a drug he tried after first abusing prescription drugs.

“I definitely agree,” said Sean. “Just one thing that’s hard for you to understand, I think, is you don’t wake up one day and decide, ‘I’m going to be an addict, like I think I’m going to be addicted to drugs.’ It’s a slow process that happens.”

And it happened just outside the small town of Oldenberg in Franklin County. That’s where the Ziemkes live.

Part of the lesson is that even in small towns, heroin is never far away, and it’s relatively inexpensive. And that’s one reason why Sean’s 23-year-old brother, Connor Ryan, ended up with a heroin addiction of his own.

“I just kind of went straight to heroin,” he said, “because it was readily available for people that I was hanging out with.”

Both Connor and Sean are now in recovery.

Cindy is back in the General Assembly, where she has sponsored legislation to expand the use of Narcan and is now speaking out on addiction-related issues.

“I certainly didn’t intend to be, you know, the drug mom of the General Assembly,” she said. “It’s just important to, to get rid of the stigma initially, so that people will get help and will realize there’s hope.”

And the family is still healing.

Sean’s stepfather, Tim Ziemke, relayed a conversation between the two of them.

Both Sean and Connor now live in southern California, where they continue their recovery. Sean has been sober for two years and feels his life is heading in the right direction.

“I mean, now I’ve got my dream job,” he said. “I’ve got an amazing girlfriend, and I’ve saved up money for a new car and I never lose sight of what I’ve overcome and I continually work at it.”

And the Ziemkes are still the picture of a close knit middle class family, one with a story that is increasingly common.