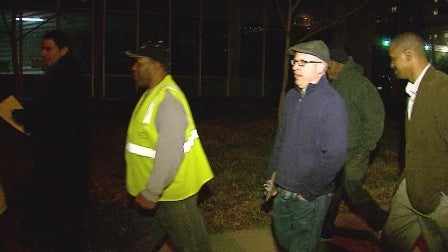 INDIANAPOLIS (WISH) — Some people living in the Butler Tarkington neighborhood said they are seeing success when it comes to reducing crime.

The neighborhood association said it has been 91 days since the last reported homicide in that area.

Members are hoping to meet with IMPD police Chief Troy Riggs and Mayor of Indianapolis Joe Hogsett to talk about their efforts moving forward.

They have done many things in the past after the spike in homicides last year, including public safety patrols with the help from the Indy Ten Point Coalition.

“It makes you feel good as a neighborhood resident that hopefully we as a community have move past some of the violence and tragedy,” said Feeney.

The group has rallied against the alarming rate of homicides last year.

Feeney said it has been three months since the last reported homicide in the 4100 block of Bryam Avenue.

“Really, it’s a lot of residents doing different things and all of that collective activity is really working and making a difference,” said Feeney. “It’s neighbors looking out for each other. It’s neighbors calling the police if they see you know bad illegal activity happening.”

Feeney said neighbors have to remain vigilant and keep a close watch for one another. Going into the New Year the neighborhood association is hoping to drive that message home. The group will also address the concerns of street lights.

“It’s a proven anti-crime tactic and that worked over the long haul and we want to continue that and turn on any non-working street lights,” said Feeney.

Meanwhile, neighbors like Cedric Taylor are looking forward to the lights being on. He said with the ongoing efforts, they will go a long way to keep the neighborhood safe.

“If we all stick together sooner or later things you know, will just come out even greater,” said Taylor, resident. “It’s all about being nice to neighbors.”

As for the street lights, Feeney told 24-Hour News 8 the association is working to find out which lights are privately owned or operated by IPL. Once they have that list narrowed down, they can put in a service request or come up with the funding to turn the lights back on.